Who on Earth Starts a Vineyard in Greenville County?

If you decided to research the greatest wine regions of the U.S., Upstate South Carolina would never turn up in your studies. Here, land that lends itself to growing grapes is few and far between. And consequently, as you might imagine, vintners are a rare breed.

But that’s never stopped the Jaynes.

When you arrive at their family-owned vineyard in Cleveland — the only functioning vineyard for some 35 miles, and perhaps the only one at all in Greenville County —  it’s as if by accident. The chateau-inspired facade appears to have been misplaced from its origins in the French countryside and dropped instead at the foothills of the Blue Ridge Mountains.

Of course, for the Jayne family, it was no accident.

A decade ago, they made a very conscious decision to forge a new path, to start out on the less-traveled journey of growing a vineyard from scratch and producing their own wines on 40-plus acres of northern Greenville land. They called it Victoria Valley Vineyards.

They’d already ventured into owning their own custom staircase company — Staircrafters. Maybe, just maybe, this was a chance to design not only their own staircase, but also their own unique architectural marvel, their own little paradise. A chance to try something new. Today, bottles of the Jaynes’ European wines ship across the country and to local venders. But they also satisfy on-site at the vineyard, where guests can sit down for a meal out on the terrace or shop for wines and home goods inside the gift shop.

Many of Victoria Valley Vineyards’ most faithful patrons returned for its first-ever Vinestock Harvest Festival in fall 2015, a celebration of the vineyard’s 10-year anniversary.

One avid fan even showed up in a Victoria Valley Vineyards-inspired vest he created especially for the occasion.

What is it that brings these folks back time and time again?

The winding roads in the backcountry north of Travelers Rest feel archaic at moments. When you turn the bend and see a still-open general store or clothes spread across a line to dry, you can’t help but believe the car you’re riding in, a portal, has taken you back to an earlier era.

Farms to your left and right have covered their crops with shiny blankets, and their tenders poke around here and there, as if tucking in the loose edges. Cattle graze in green fields. Grassy hills feel near enough to touch.

In this part of Greenville County, some drive around just to look. Lou and Carol Storz, on the other hand, drive around to discover new, unique places.

On one such wandering along these roads, they saw the vineyard sign out front at Victoria Valley Vineyards and stopped in to explore.

Now, the Storz say it’s one of their must-stops whenever company comes to visit from out of town.

“We love the setting,” says Carol.

“And the friendly atmosphere,” adds her husband Lou.

We’re inclined to believe, in fact, that even if Victoria Valley Vineyards wasn’t located in a beautiful setting and didn’t provide an array of satisfying wines, their loyal guests would still find reason to visit.

Just for the Jaynes.

“We like the wine, but we really like the people,” says Eleanor, a friend of the Jayne family.

She and her boyfriend at the time took their first real adventure together to one of the wine dinners at Victoria Valley Vineyards. They had never visited before.

That night, Eleanor remembers, all of the guests who were sitting out on the covered terrace suddenly rushed to the rail, chattering and pointing to the vines up on the hill.

When she got to the rail, Eleanor saw that a bear had hobbled into the vineyard. He was helping himself to the grapes by the pawful.

In a flash, a lively man came running up the hill at full speed, shouting and throwing rocks at the bear until it finally gave up and trotted back into the nearby woods.

That man was Les Jayne, owner of the vineyard and head of the Jayne household.

Is he really dedicated to his grapes enough to take on a bear unarmed? Yes.

Does he treat hungry humans the same as hungry animals? Rest assured: No.

In fact, that very night was the start of a lasting friendship between Eleanor; her date, who later became her husband; and the Jaynes, she says. At Vinestock 2015, she even volunteered to work at the check-in table where guests could pick up their meal and drink tickets for the evening.

Ten years in, and the Jayne family has managed to grow much more than grapes at Victoria Valley Vineyards. 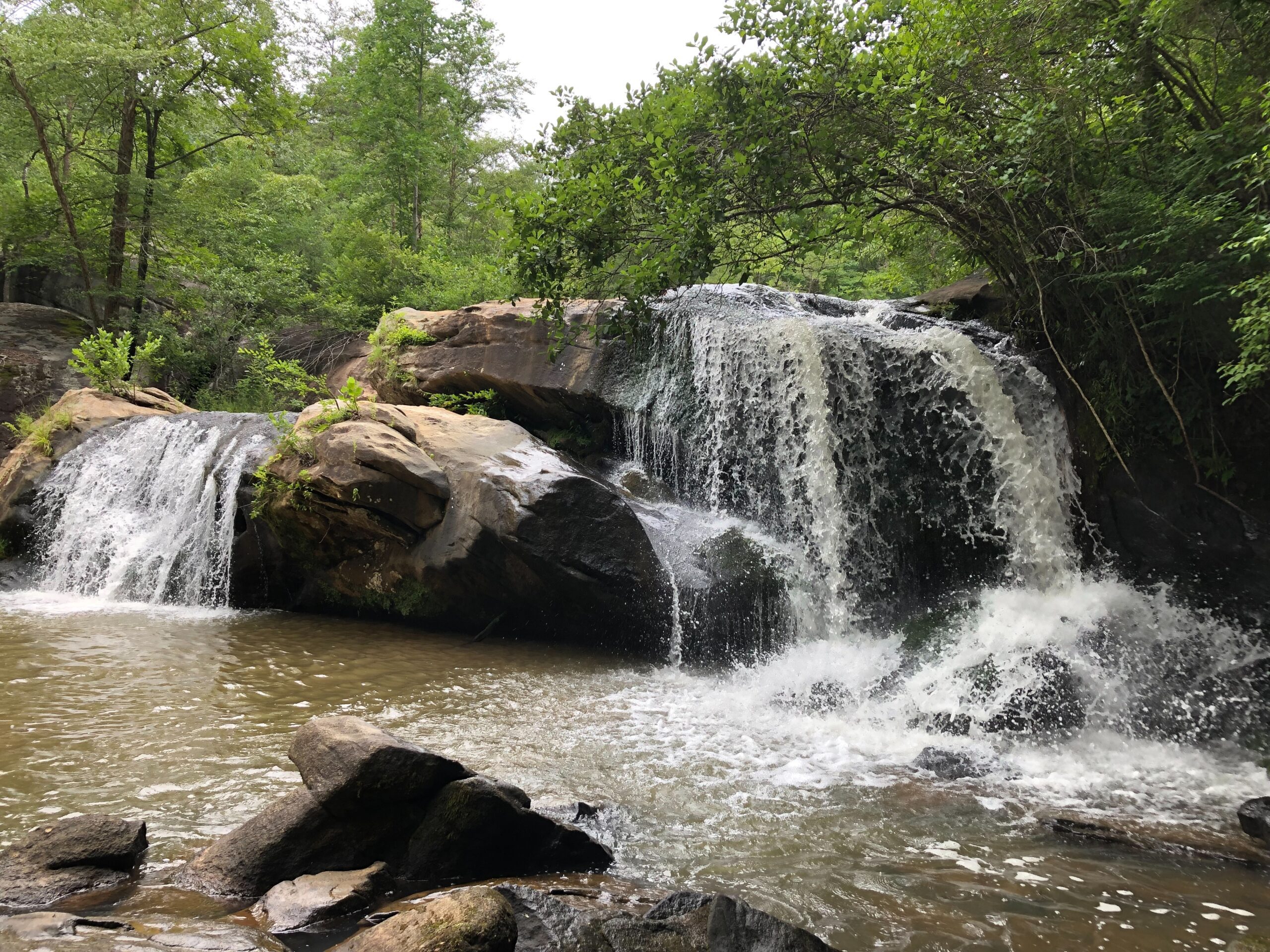 Photos & Story by Dave McAda   Recently, I provided details on our trip to Brasstown Falls in Oconee County.  Since we were in the area, it made sense to