This Beautiful, Historic Home Started as a Simple Log Cabin

When John Walker entered Presbyterian College, his advisor gave him an aptitude test to help him figure out which career to pursue.

“My advisor told me, ‘John, it looks like you ought to be an adventurous farmer,’” he laughs.

Walker’s wife, Patty, is quick to confirm that he’s made it.

And, what’s more, because of the Walkers’ efforts, an old farm home in Travelers Rest is now listed on the National Register of Historic Places.

Situated on Highway 414, on the North Saluda River, is the astoundingly beautiful George Salmon House, named for its first owner. It’s truly lovely but, interestingly, began life as a log cabin.

The land is part of a former Cherokee Settlement, but its history goes back even further.

In a recent event with the Travelers Rest Historical Society, John and Patty showed the audience a pipe bowl that was discovered in an archeological dig some 400 yards from the house. The pipe bowl was found in undisturbed soil by Tom Charles, who was working with the South Carolina Institute of Archaeology and Anthropology (SCIAA).

Walker notes that, because the Upstate is normally quite eroded, finding anything that old “in situ,” or in its original place, is rare.

“This led to a full-scale archaeological project by SCIAA,” adds Walker. “Charcoal attached to the pipe and pottery were radio carbon dated at about 500 AD. Enough artifacts and other features were discovered to confirm prehistoric occupation by Middle Woodland Period Native Americans.” 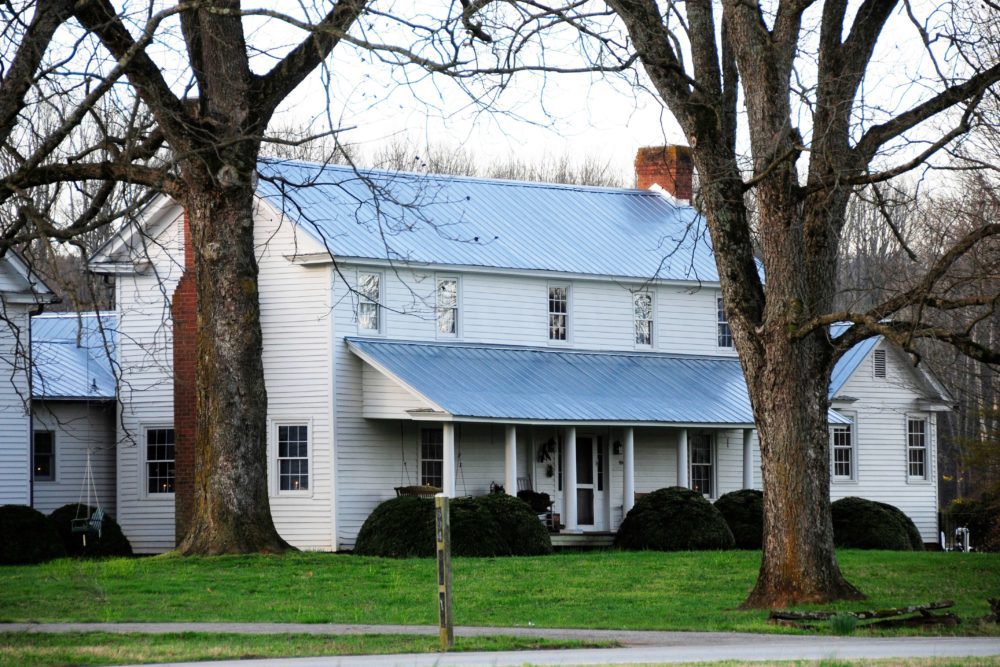 John and Patty have dedicated themselves to restoring and maintaining the home and property, which includes a still-functioning farm. They love the area and enjoy the “state-of-the-art” farming practiced by Beechwood Farms and others who lease the property to produce strawberries, tomatoes, sweet corn and more.

The original log cabin was built in 1784 by George Salmon, a surveyor at the age of nineteen.

“Salmon was an important surveyor, as he worked on the division of the Cherokee land and established the border between North Carolina and South Carolina in the Upstate area,” according to South Carolina Plantations.com. “He would later be elected to serve in the South Carolina House of Representatives.”

The stories involving George and his wife, Elizabeth Young Salmon, are numerous. Some are relayed by their grandson, John Salmon Ford, in his book Rip Ford’s Texas.

Walker points out that he can’t really confirm the truth of the stories, or deny them. Still, they make for great storytelling, as they were passed along to Ford by his grandmother, Elizabeth Salmon.

During the Revolution, George sometimes worked as an express message carrier, a very important job, Walker says, because of the nature of the messages and the fact that carrying the messages through dangerous territories was the only way to communicate.

According to Walker, George Salmon was sent out of his camp in 1780, during the Revolutionary War, because of smallpox. Upon his return, he was captured and sent to Major Ferguson’s camp at Kings Mountain. He was there in the British camp when his own soldiers attacked on Oct. 7, 1780.

When he asked a British officer, “Am I to stand here and be killed by my own people?” the officer replied, “Every man must take care of himself now.”

So George ran down the mountain and soon met an old friend who asked him if he’d become a Tory. Of course, he told him, “No, I am escaping from the British.”

Elizabeth Young Salmon told her grandson the following story. When she was only 16, she was visiting an uncle when Major Ferguson encamped on the plantation with his troops. He began to brag to Elizabeth and the other ladies that he often fooled the American troops, disguising himself in a short coat and using his sword in his left hand. Elizabeth quickly relayed this information to an American scouting party, and Major Ferguson was soon killed in battle.

In her lifetime, Elizabeth saw Cherokee attacks, the ratification of the Constitution, The War of 1812, and the great slavery debates. She died just 12 years prior to the Civil War.

The house had several other owners and eventually found its way to John and Patty Walker.

“Patty and I can’t imagine living anywhere else,” John says. “The beauty of the surroundings, protecting that natural beauty, and managing for wildlife and game top the list of what we enjoy.”

Who can argue with that?