Serving Multiple Purposes Over The Years: The Gray Mare Antiques Building Itself is a Relic

Maggie greets you at the door.  She’s a small dog and she sends a message of welcome when you cross the threshold of Gray Mare Antiques on Main Street.

The building that has now been home to the antiques store for more than three years has gone through a fair number of reincarnations.  Maybe some of you will recall most recently it was The Barker Bar.  As far back as 1920 you would have been able to fill up your tank with  gas instead of your stomach with a beer when this same location was the Sinclair Filling Station. 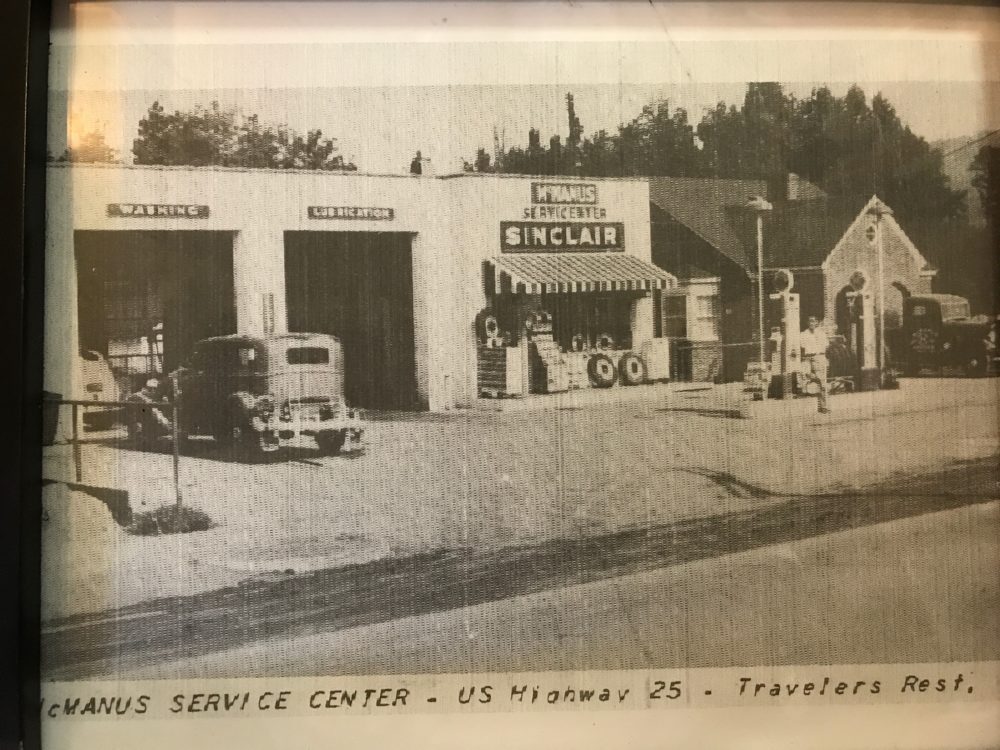 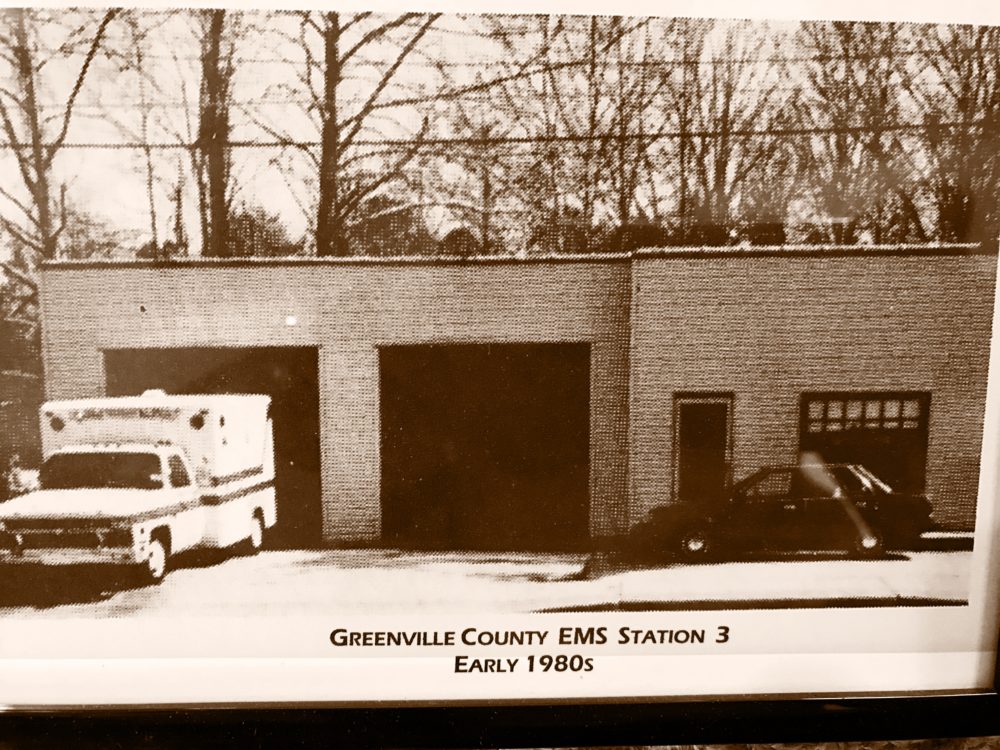 Maggie’s people – the owners of Gray Mare Antiques – are Terry and Vicki Rainey.

Not that he is old enough to have filled up his car’s tank at the 1920’s Sinclair Filling Station, but Terry and his family are life long Travelers Rest residents.  In fact, Terry and Vicki currently live in the center of their family’s farmland, surrounded by the history and the people of Terry’s family.

“When I took my driver’s test,” Terry recalls, “There wasn’t even a red light in town.”

Gray Mare Antiques actually officially opened its doors the day before the nearby Whstle Stop opened.

Terry and Vicki say the opening of Gray Mare moved along quite quickly, once the idea had been born.

“My brother told me, ‘I think TR needs an antique store’,” Vicki shares.

The couple, who have been married for eight years, said they trusted that both the antiques and the people would come.

And they were right.  Both have. 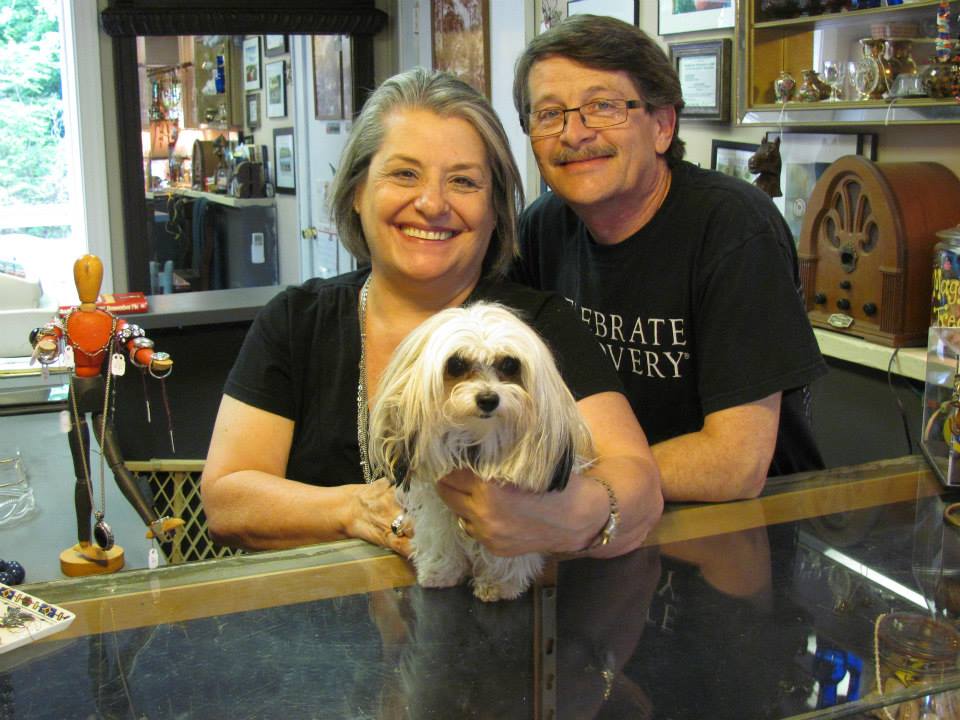 The store is full of treasures and collectibles, local art and creations, and a friendly vibe with conversations encouraged.

Vicki and Terry talk softly and openly, both are quick to laugh and to smile, a speech speckled with words of faith and Jesus and church and these influences on their decisions.

The name Gray Mare is a piece of that progress, they say.

“When we were at the bank, opening our business account,” Vicki shares the story, “The banker finished the paperwork and said, ‘Oh, yes – this is for you guys’ and he handed us a stuffed animal.”  A gray mare.

The pair took it as a sign and a suggestion.  That gray stuffed horse still sits behind the counter in his seat of importance.

Naturally, the Raineys are glad to see shops and businesses growing and people coming into town via the Swamp Rabbit Trail, but for Vicki and Terry, they say their business is about so much more than antiques and collectibles.

“This shop is mostly a ministry,” Terry leans back from the counter, places an arm on his wife’s shoulder.  “People come by and we’re talking about antiques and next thing you know, we’re praying.”