When Travelers Rest Was the American Frontier: The Story of “Dicey” Langston Springfield

If you are driving along Tigerville Road, just a few miles north of the center of Travelers Rest, just a mile or so from Hwy 25, you will come across a stone pyramid, about the height of a person. If you go too fast, you will miss it. But where this little monument stands, next to a private home, was once the western frontier of our country. 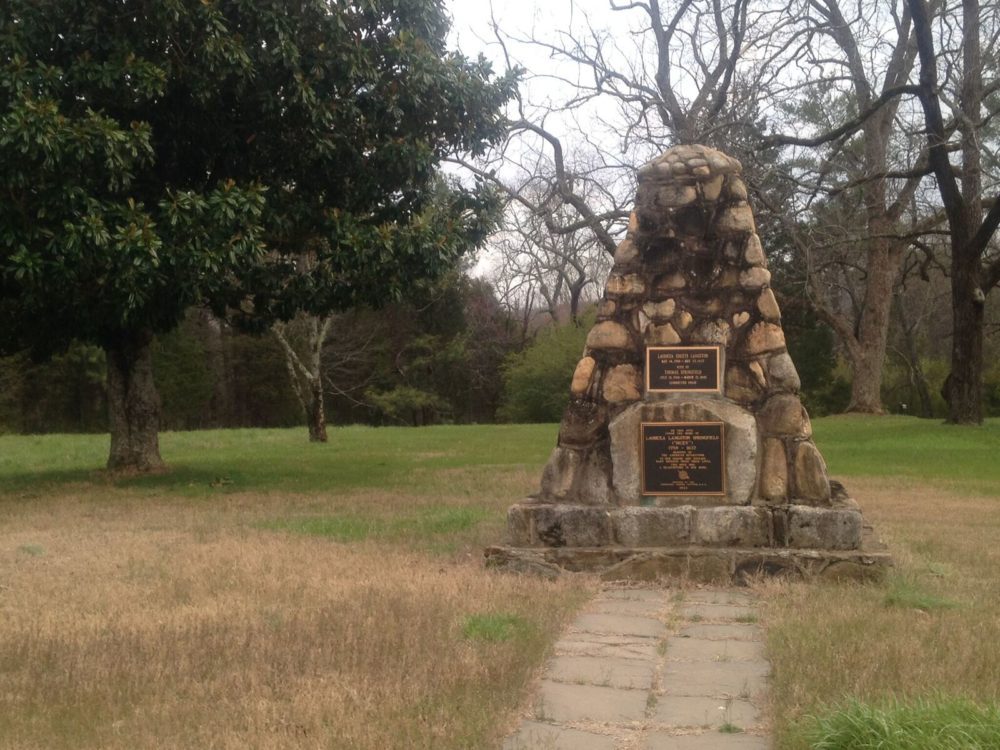 Try to imagine the late 1780’s in these foothills. There is no town of Travelers Rest, or any settlement at all. What roads that could go by that name are dirt and grassy trading paths. It is a quiet place. Perhaps more importantly, almost no one lives here. Due to treaty arrangements finally agreed upon after the Revolution, the Cherokee have gone west to the mountains and to Georgia. What is here for many people is opportunity.

After the war, what the near bankrupt state had in abundance was land, and a need to settle it for growth and industry. And what many war veterans could count on was titled access to land. So about this time was when the long term settlement of northern Greenville began. For war veteran Thomas Springfield and his young bride, Laodicea, from near where Laurens County is now, what this meant was an opportunity for freedom, free even from the new state government in Charleston. It would be a hard life. It was in every way the story of the American frontier played out in these foothills. It was here that they would settle, along with fellow war veterans and others.

The land certainly had potential, with good soil, good climate and access to fresh water. But it was remote. To make it less remote, the Springfields set up a home and a small plantation with several slaves. They set up a trading post, and a small boarding house for travelers bringing their wares to and from the new mountain settlements and beyond them to the new land of Tennessee. And their family would grow, as they raised a family of 22 children!

But most unusually, we don’t remember Thomas Springfield as much as we remember his young bride Laodicea. This was THE Laodicea ‘Dicey’ Langston Springfield, a woman who would become, in some literal senses, a founding mother to Travelers Rest and the communities near here. A woman who, when she was but a 14 year old girl, became a heroine of the brutal conflict in the war in the South Carolina backcountry. In the nearly 240 years since, there have been historical and nonfiction books of teenage Dicey, a school named after her, historical societies formed in her honor, even songs and poetry written about Dicey.

The backcountry war, from 1779 – 1782, was fierce and ugly, and it forced a young girl to see and to be a part of things that no one should ever have to see. Her father and brothers were Whigs – backcountry supporters of first reform and then armed revolt. Many others that they lived close to were Tories, supporters of a future where the British Crown and authority would play a role. There was no one to settle disputes, and roaming militia could quickly escalate a problem into armed conflict. South Carolina had more battles than any other colony during the war. In most cases, it was not British vs. native born colonist, but neighbor vs. neighbor, with a cycle of violence and retribution that caught many in its awful traps.

So at the heat of the conflict, from 1780 – 1781, when battles like Camden and Musgrove Mill and a host of others flashed like lightning and roiled the countryside, on a summer day, the war came to young Dicey and she responded. In the summer of 1781, she learned that the dreaded Benastre Tarleton was leading his legion, and was going to ambush her brothers and other patriots. Knowing the country, this young teenager evaded the enemy, went deep into the woods and crossed a swollen Tyger River, alerted the Patriots, then cooked them breakfast. A few weeks later, she famously stood between loyalist militia, who broke into her house and tried to interrogate her father Solomon. Bravely she stood between a cocked pistol and her father, and the militia left. She spent the rest of the war running interference and being an informant for the Patriot cause.

As typically happens, after a conflict, new families start and people have a fresh urgency to make something new of their lives. So it was for 17 year old Dicey and her new husband Thomas, who were married in 1783.  She and Thomas settled, raised their family and helped to found a new community, until her death in 1837.  Hers was a remarkable life, whose effects touch this community in deep and profound ways to this day.

Dicey’s monument is across Tigerville Road from Enoree Baptist Church. The monument is on private property, but you can see and read it easily. The stones likely came from her farm house that burned to the ground in the 1930’s. She and her family are buried about a mile away in a family grave. 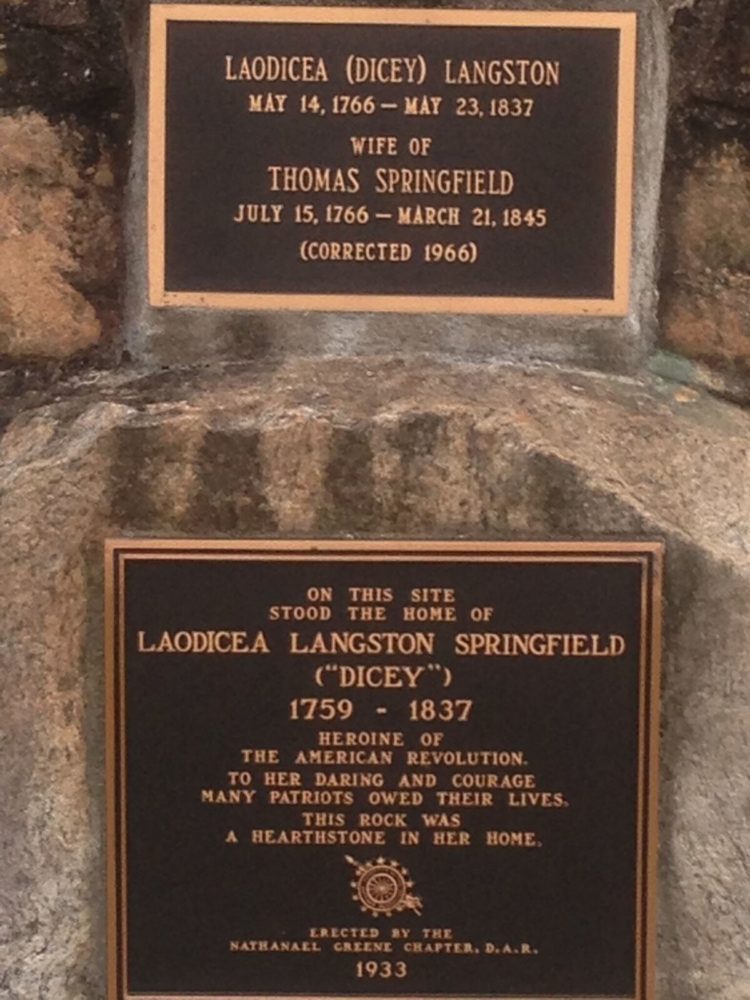 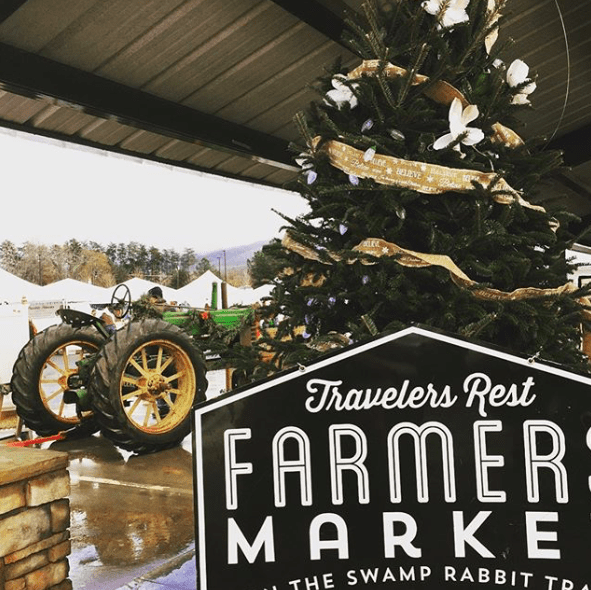