From TR to Brazil: One Family’s Journey

Sitting on their sofa in their home in Travelers Rest, Lindsey and Tim Bayne are warm, funny and very people next door.  Maybe people next door with an artistic streak and a dog they adopted from the pound named Rio, but regular you-and-me sort of folks.

They laugh easily, finish the story the other one starts, lean in as they speak and listen intently when it’s someone else’s turn to talk. 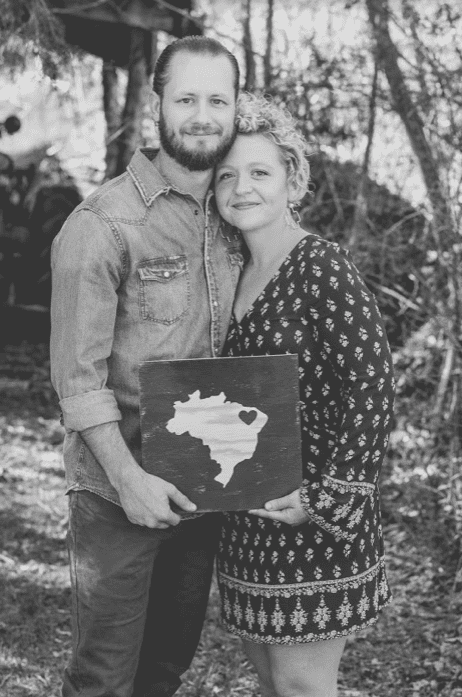 But the couple, along with their two young children Avery and Grady, won’t exactly be next door people in 2018.

Well, not next door people if you live in TR, that is.

Their pup’s name gives a little insight into where the Bayne family is headed next.

This year Tim and Lindsey have been working toward to the transition that will take place by spring of 2018 when they pack up their family, sell most of their belongings, and load Rio and the kids onto a plane headed for Brazil.  Specifically, the Baynes will be moving to Fortaleza, Brazil where the pair will be employed as the Mission Post Coordinators at the Davis Lar Children’s Home in a rural area of Brazil. 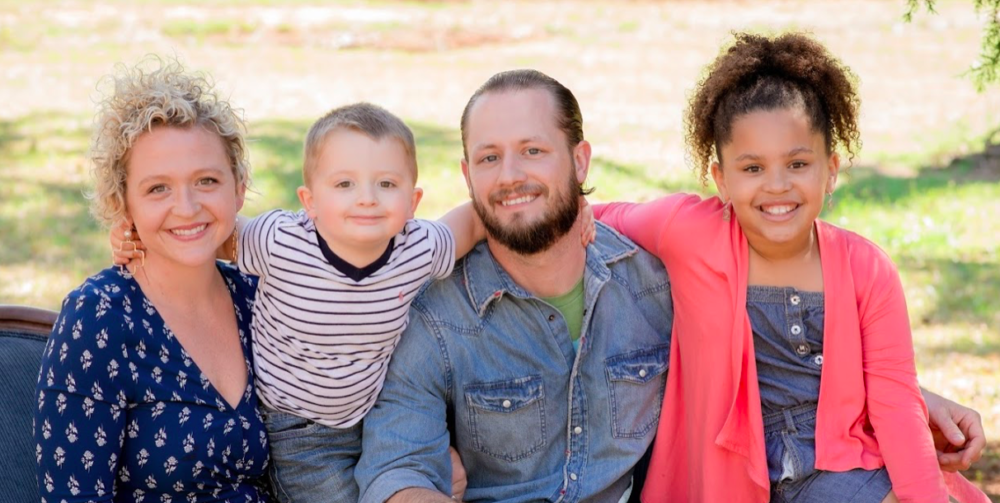 The move takes place next year, but like all good stories, the genesis of the move actually began several years ago.

“Four years ago Lindsey had a mission trip to Brazil planned,” Tim shares.  The trip ended up being canceled and it was the next year before Tim instead had an opportunity to leave the country, which would actually be his first trip out of the country, practically out of the state in fact, Lindsey laughs, coffee cup cradled in her hand and a grin delivered to her spouse.

“Tell the important parts,” she laughs.

Tim and Lindsey both ended up on that mission trip, which took them to Brazil.  (Tim’s first flight was that journey.)  Tim returned from that joint trip confident that the orphanage in Brazil – the Davis Lar Children’s Home – was directly a part of he and his wife’s futures.

“I told him he was just having problems adjusting back to life,” Lindsey admits, just shy of sheepishly, making a joke about her own level of “compassion” to her husband’s idea.  Tim agrees that he was mourning the return to “regular” life but realized even then that the story he was about to engage in was bigger than he had anticipated.

“Deep down, I knew he was right,” Lindsey shares, “But I just didn’t want to go with it.  I didn’t think I was going to do that.”

Upon the immersion back into the regular routine, Lindsey and Tim did play an active role in the fundraising and awareness campaigns state side for the Brazilian orphanage.  They developed a close friendship with the family running the orphanage who happened to be based in Greer.  After another trip to Brazil to visit the orphanage the couple began to seriously accept the idea that their future was not on American soil.  They took trips to Kenya and to the Middle East but felt a consistent leaning to the orphanage from their original trip.

In the mean time, Tim and Lindsey weren’t sitting still.  (We’re pretty sure sitting still isn’t in their DNA.)  The family was serving as foster parents to a newborn baby and were also providing a home for an exchange student.  Fernanda lived with the Baynes while she attended Travelers Rest High School.  Fernanda is from Brazil and her parents are friends with the couple who are currently running the orphanage in Brazil.  It was during this time that Tim and Lindsey found out that the couple running the orphanage were retiring and the Baynes were invited to take that position.

“We hope to move in April,” Lindsey says.

At the Davis Lar Children’s Home, the Baynes will be living across the street from the orphanage.  (With a mango tree in the front yard.)  They’ll be coordinating teams that come through, teaching skills at the orphanage and working beside administration there, living on site and training staff and others, as well as varied tasks that come along with the position.  Currently about sixty children live at the orphanage, ranging in age from about two to adult. 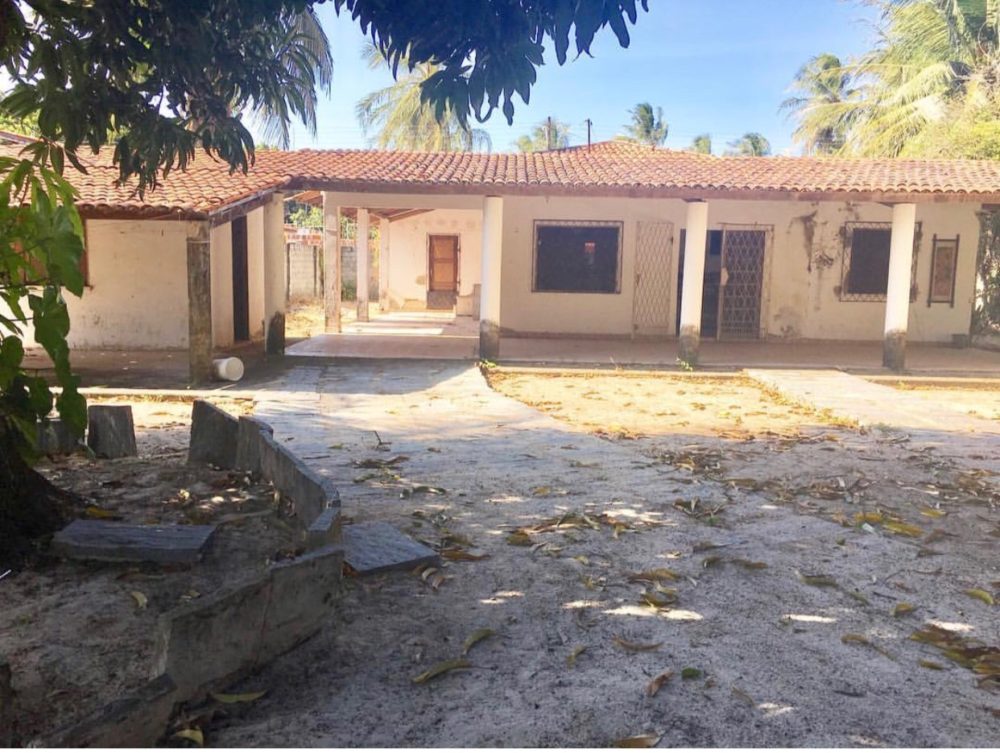 Most children in Brazil have become orphans due to sex trafficking, with which Fortaleza has a disturbingly large problem.  The children often find their way to Davis Lar as a means of being rescued from the industry.  Most will live at the orphanage until they become adults, with a plan for a graduated exit to college or to the workforce.  The mission of both the orphanage, and more directly – the Bayne family in their ministry is to raise up disciples, empower the community to live out the gospel, and teach skills to help children thrive.

Tim and Lindsey have been pepping for their move while working their jobs here.  Tim is currently Operations Manager for Air Tool Equipment in Liberty and Lindsey works for the Greenville Health System in a research capacity.  They’ve been working together to homeschool Avery and Grady this year in anticipation of their move with plans to continue their homeschooling in Brazil.

With most of their family living nearby, Tim and Lindsey have a lot of local support, but also a lot of family who are both excited – and sad – for their big move.  Bittersweet, naturally.

Although their move is hopefully occurring in April, the family will be spending the month of January in training in Union Mills.  Then they’ll be back to prep and finalize their fundraising.  Both Lindsey and Tim have been proactive and taking classes at North Greenville and Holmes Bible College.

Although Tim and Lindsey need to raise their own support, they are heading to Brazil under the umbrella of Action International Ministries. 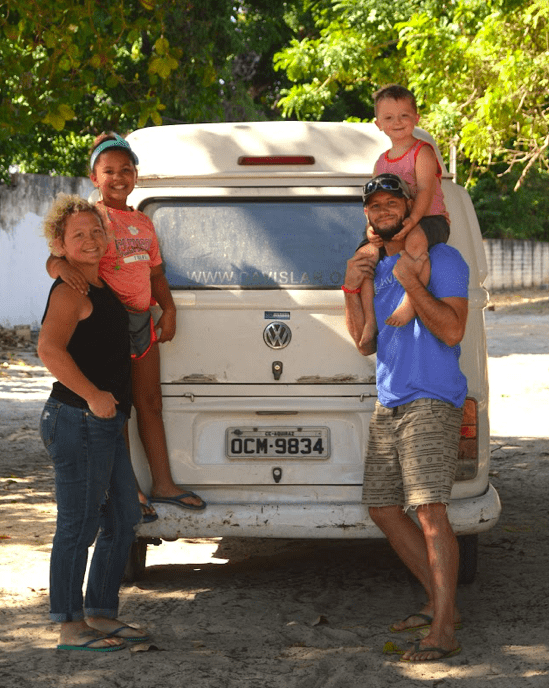 Action International Ministries is an organization that was started in the Philippines and now has over 250 missionaries worldwide. Action is primarily focused on the poor with a strong focus on children in crisis.  One benefit from working through Action is that they handle the financial aspects and help regulate and organize those details.  Lindsey and Tim say that is a relief for them to have that off their plate.

The kids played quietly in the hall and in their rooms throughout the interview, but they would come in for hugs and quick input throughout our conversation.  Avery, who is ten, says she really enjoys the fresh sugar cane and tapioca.  Lindsey also jokes about how one of Avery’s biggest concerns about the move was whether Brazil would carry her favorite flavor of Oreos.  Avery says she is also planning to be certain her American Girl doll takes priority in her suitcase.  Both Avery and Grady are big fans of mangos – and are particularly excited about that mango tree in their future front yard. 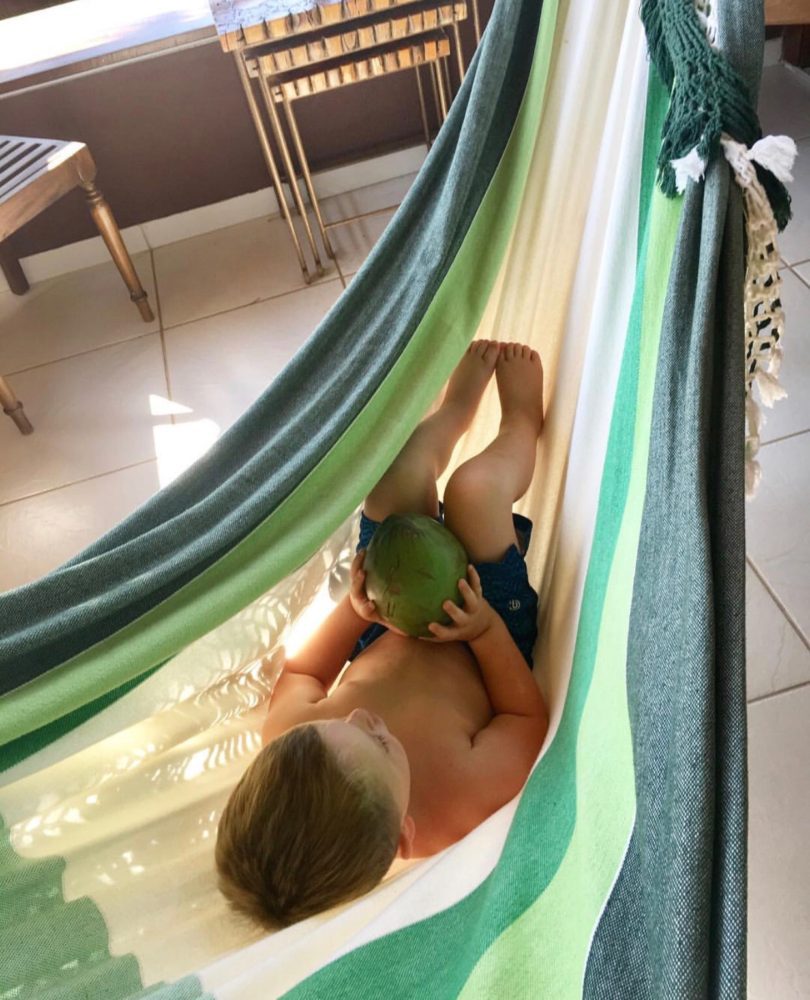 One of the most difficult parts of the missionary lifestyle, Tim and Lindsey both agree, is the relying on and asking for financial support.  “It’s hard sometimes,” Lindsey shares, “to put that out there and have to ask for support.”

Of course, after you’ve met Lindsey and Tim, their humility shines bright and their love for the children and the heart of Brazil is quite contagious.

Although they won’t be next door in TR sort of people soon, we’re confident that they’ll be bringing the TR vibe to the people of Brazil and to the children of Davis Lar.  In fact, they’ll be the best sort of people next door, right under that mango tree. 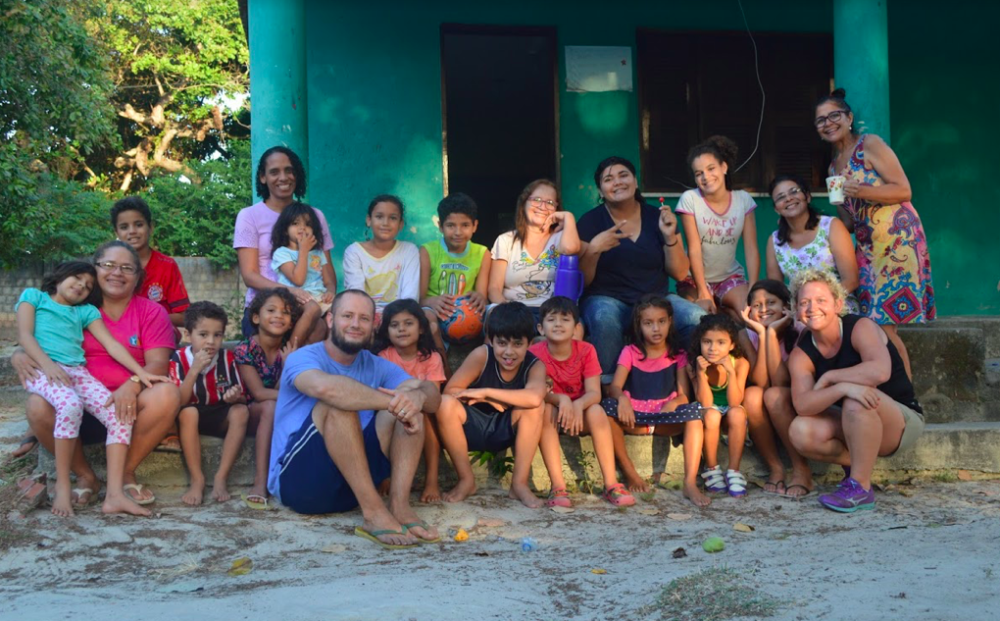 You can follow along with the Bayne’s story here –  www.actioninternational.org/bayne.

If you want to connect with Tim and Lindsey, email them at tim.lindsey.bayne@actionintl.org.

For more information about the Davis Lar Orphanage itself, davislar.org.

Follow along on the Bayne’s personal blog at missionallove.com.

Attend a fundraiser for the Bayne family on January 27 (we’ll get more details soon or you can email Tim or Lindsey).  One of the most exciting incentives at the fundraiser will be a raffle for a week long stay at an 8 bedroom beach house in Isle of Palms.  You don’t have to attend the event to purchase a raffle ticket.  See the beach house here – https://www.vrbo.com/191430