The small space expanded with the feelings of welcome and creativity.

The vibe was tangible and I could almost touch it as I entered the room.  The class had recently “officially” ended but the students were clearly in no hurry to wrap up, neither from their work nor their comfortable camaraderie.  They were lingering, laughing. 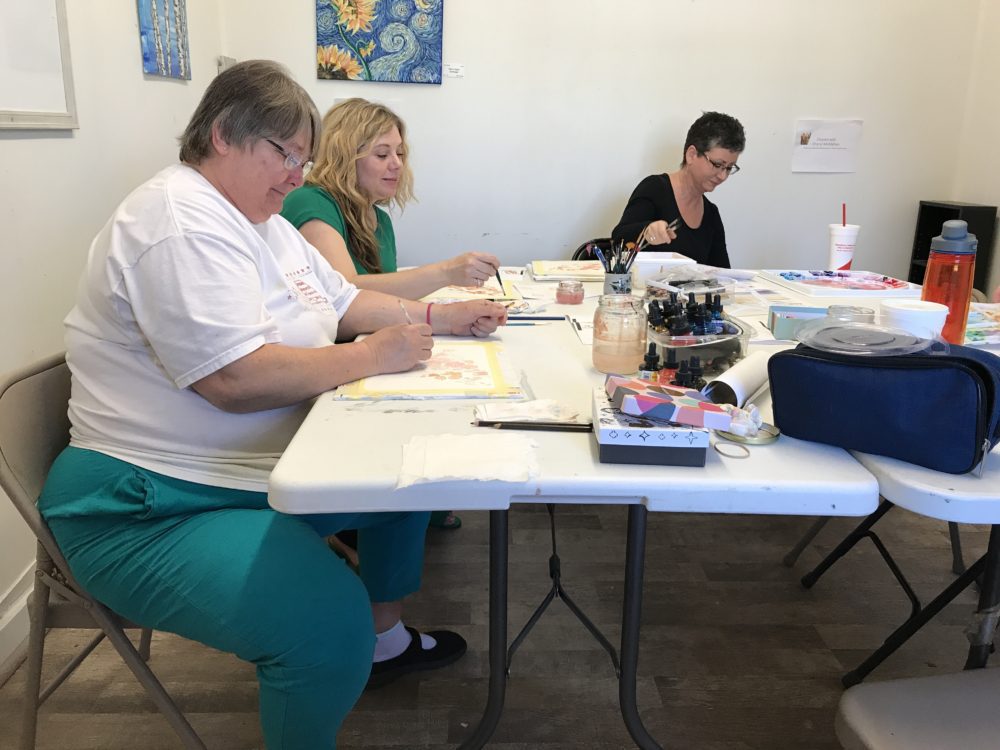 The group Upstate Warrior Solutions has recently offered a grant to Brad to offer a free Veteran’s Art Program here locally to the veterans and caregivers in our community.  Brad is teaching the class in the classroom adjacent to the White Rabbit Fine Art Gallery.

An artist, a member of the Travelers Rest Artist Alliance and an Iraqi war veteran, Brad says that art “has been a perfect form of therapeutic release and my greatest catalyst to emotional healing.”

Brad says, “Through a war zone epiphany, I came to realize that art was an extremely important part of me and I vowed that if I made it back to the real world I would never neglect my talents again.” Now he’s helping others with similar experiences to use art as therapy. 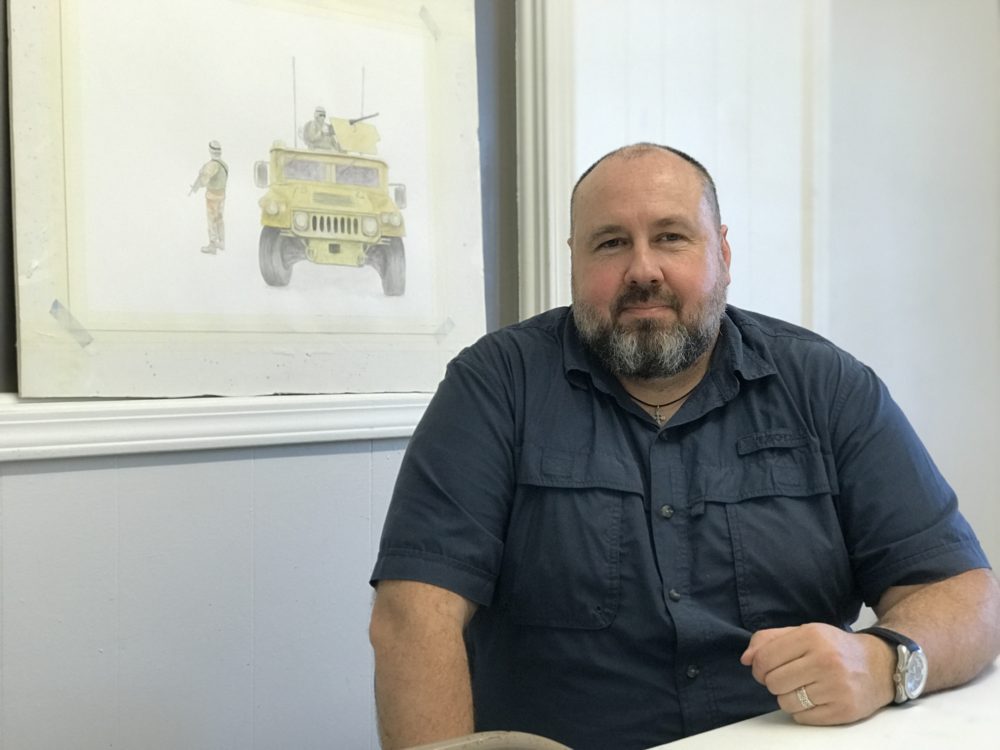 The message in the classroom is clear.  There is something intrinsically valuable inside each of us.  Brad’s wife, Elza, was also attending the class.  She joined in during the interview too at my request.  She listened closely, offering insight when asked.  She knows the price that’s been paid.  She is intimately familiar with the before, the during and the after. She is familiar with the cost to her own family and to the way art has brought help and health to her husband and her family.

Brad speaks with confidence, comfort and clarity.  He’s safe in his own skin.  And as if that has not always been true, you can tell he knows the value of such comfort currently; the wages it costs to achieve and maintain that.  Because the knowledge is coupled with humility.  He’s a teacher, but it’s evident he’s a learner too.

A small silver cross hangs on a cord around his neck.  Brad is a man who has given a lifetime, twenty years in fact, to the National Guard.

Art is not a new venture for Brad.  He actually worked as a tattoo artist before he and Elza were married.  During his deployment Brad returned to art.  The road to art was actually a troubled one.  On leave from deployment in Iraq, Brad returned home for a short time to help care for his ailing mother.  During that brief interval home two tragic deaths occurred in his close family and friends circle.  Brad was then sent back to Iraq into a combat zone.  The struggle of leaving his wife and his daughter home to face these circumstances alone burdened Brad as he was so far from home. 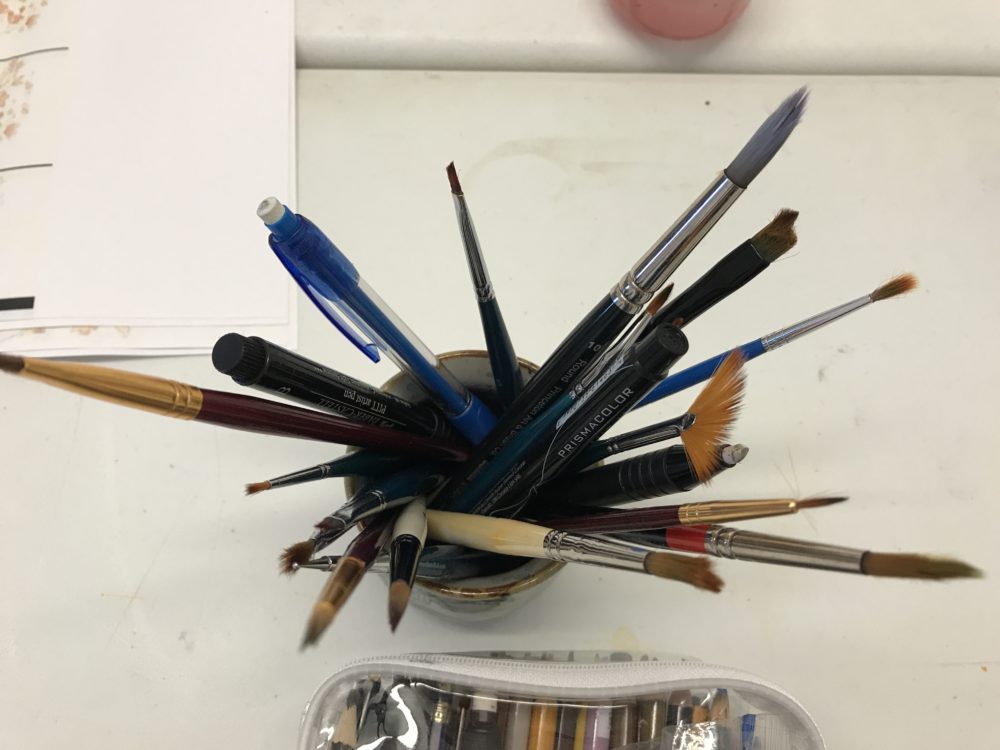 “My staff realized quickly that I didn’t have my game face on,” Brad shared, openly and sincerely.  At that point Brad became involved in a program while serving that offered art classes to soldiers.  Although the class looked non-structured, Brad said, it was, in fact, a very structured class with a particular purpose, albeit not an announced purpose.  These art classes, taught through a specific method, encouraged the men and women involved to talk together while creating art.  “What it ended up being, really, was a group therapy session under the idea of art,” Brad explained.  Brad, as a Peer Support Specialist currently, says that the idea is to help people help themselves.

Back then Brad said he had never attended any sort of group session and this was his first experience in such a setting.  “They never called it therapy because sometimes veterans think they don’t want to do therapy,” Brad smiled.  “Often we think – we don’t have a problem,” he admitted.  “I don’t think I would have even said I had PTSD, because it felt like something normal to feel when you go through these traumatic experiences.”

As Brad continued to enter the world of art, he grew to enjoy it more.  “My mom was an artist too,” Brad shared.  “This began to make me feel closer to her.”  Near the time of her death Brad and his mother had even been working on an art project together.  So the art was a natural progression to work through his grief in that format. 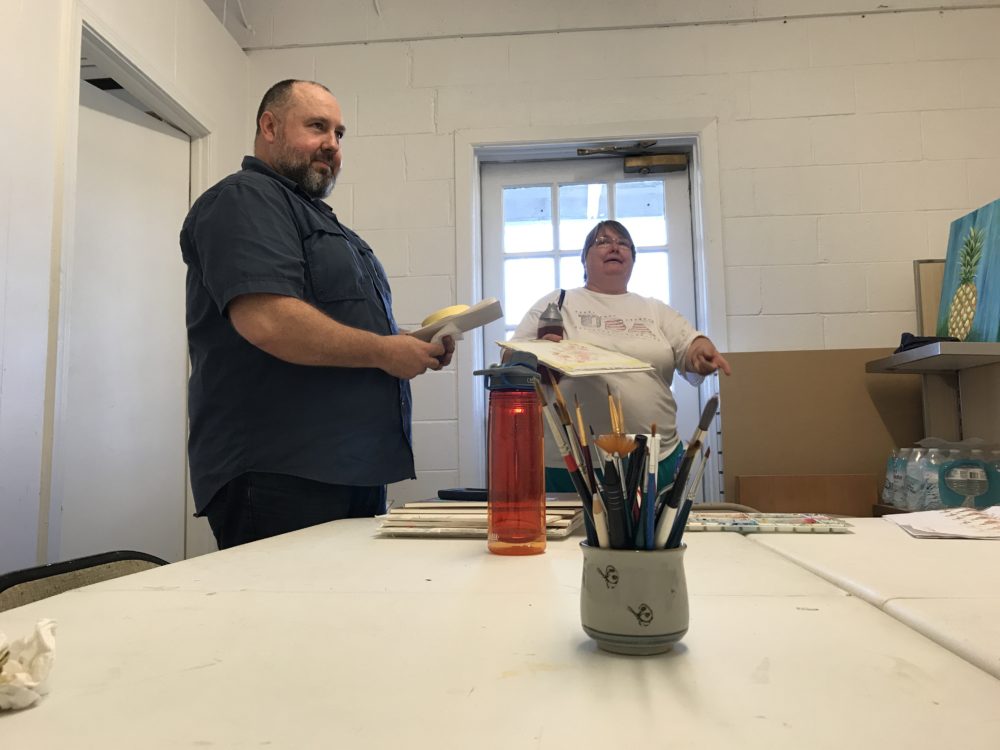 At some point in his career, as Brad’s deployment shifted and the fighting intensified, so did his struggles through Post Traumatic Stress Disorder.

Eventually Brad came back to the States and began to put the pieces together, to see how the trauma was affecting both him and his family and, at the same time, how the process of art was saving him from some of the worst effects of the trauma, such as guilt.  “The more I started thinking about it, the more I realized that I really wanted to get into the mental health field.  It wasn’t immediate.  But after you start treatment you begin to see what helped you early on.  The art work they used really helped me center, calm my mind and focus – to drown out background information that is constantly coming in.  Part of the problem with PTSD is that you are constantly thinking, wondering what you’re hearing, who is walking by and you can’t just be where you are.  In this art work, where you focus all your attention on something repeatedly, you are drowning out excess noise and you can begin to address the symptoms in a non-directed sort of way. In a subconscious way, your brain is healing.”

Brad is still on the path to learning more about this form of treatment.  He has degrees in both art and in psychology, degrees that he earned post military career.  Currently he works in the IT field as his mainstream gig.  And although those fields sound very different, Brad says the process is similar.  “You know the tools in both, but you don’t always know the final product – it’s always a mystery.” 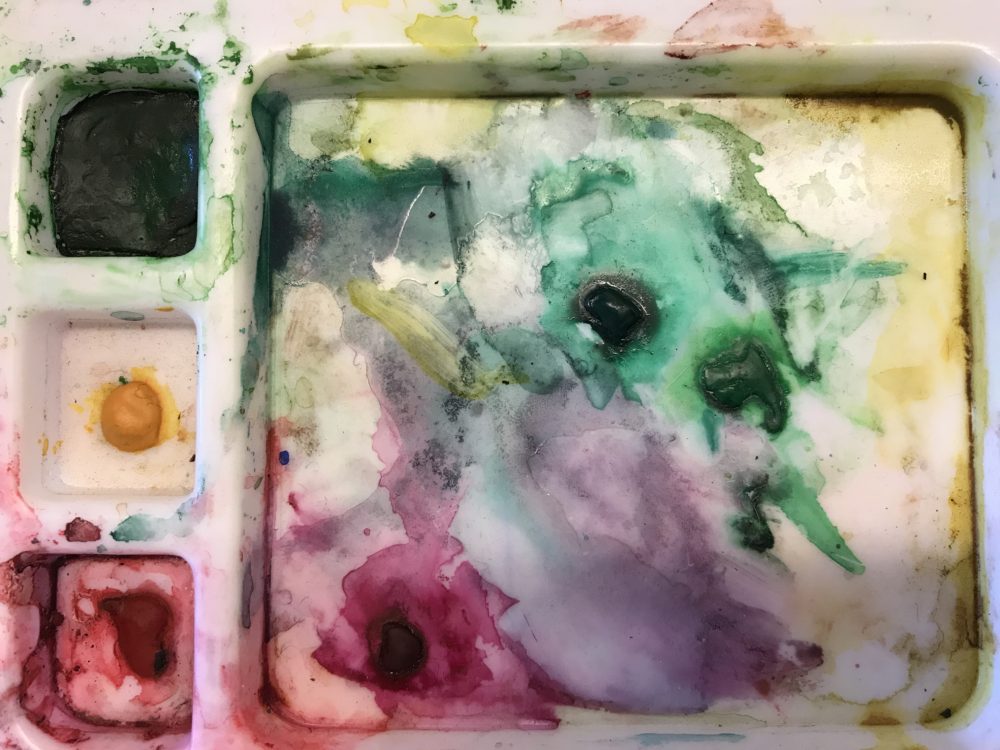 Brad and his family live in Travelers Rest.  During his deployment Elza and their daughter remained in TR.  And although Elza said she had good support systems, there is still a dramatic challenge to having your husband deployed regularly through the National Guard.

The art technique that Brad uses and teaches in his classes is particular.  First you use ink for the drawing.  Then watercolor, then colored pencil and you switch around and build slowly on that.  “The idea is that it is time consuming, it is detail oriented.  It’s supposed to be really an intensive project.  Not to be painful, just to really keep you going,” Brad explains.

“We also have guest artists come in and teach other styles – maybe poured resin or acrylic or whatever their speciality is,” Brad shares.

“The idea is for you to learn the techniques so that you can go home and do whatever it is you want to do at home.  We are teaching coping skills with art.  How to relax, not get wound up, to deal.  We want them to continually work on this art, for the art to be a way to aid in fighting irritation and panic,” Brad says.

Brad knows that not every veteran and artist will love watercolors or acrylics.  “We want you to find what you like, what is good, what is therapeutic,” Brad encourages. 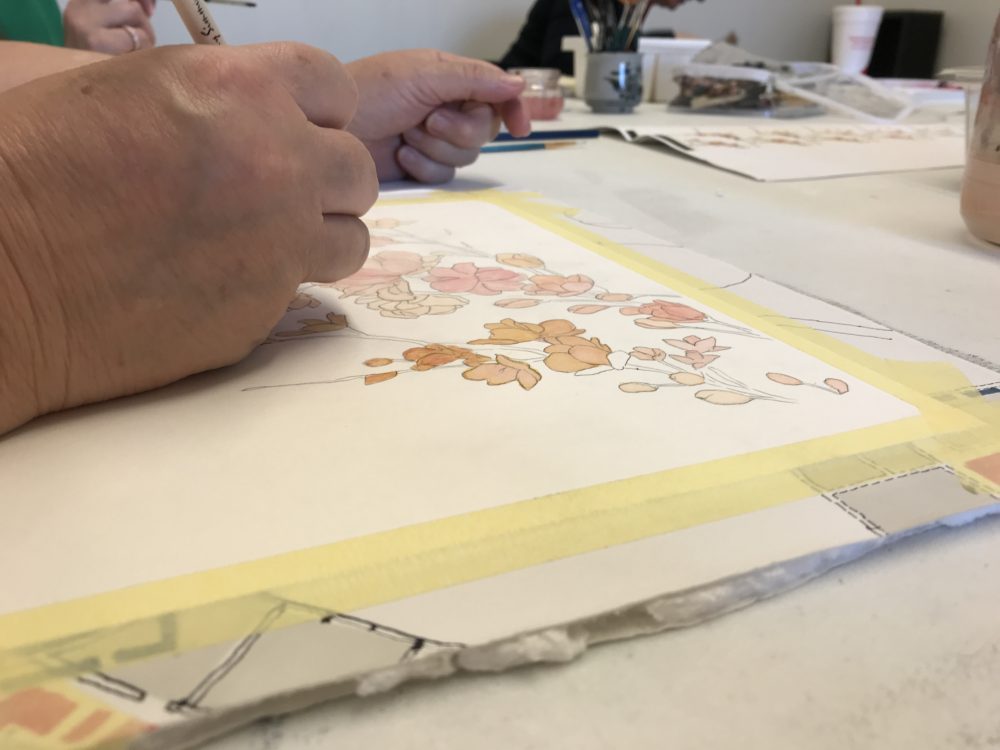 “We’re wanting to get past the stereotypes with PTSD and we want people to want to seek treatment,” Brad shares with strong feeling.  “We don’t want the stigma of mental health because people are afraid of those titles and labels.  We want veterans to be comfortable talking and seeking help.  We’re a small outlet but we’re a solution. We offer an understanding, because I have been there.  I understand those thoughts and those routes you can fall down to try to cope by yourself.”

To attend the class you can reach out to White Rabbit Fine Art Gallery or to Travelers Rest Artists Alliance or to Brad directly.  You can attend one class or every class.  Classes run about three hours but sessions are open for going at your own pace.

“We want a group camaraderie, for you to be comfortable working with others,” Brad says.  “I’m not trying to fix people, I’m trying to teach skill levels and offer coping skills, to provide community.”

Clearly, from the class I stepped into, there was not just painting taking place, not just art instruction and watercolor skills.  There was clearly comfort, compatibility, community and connection.

Brad will have his art featured in an upcoming art show at Furman University in May. 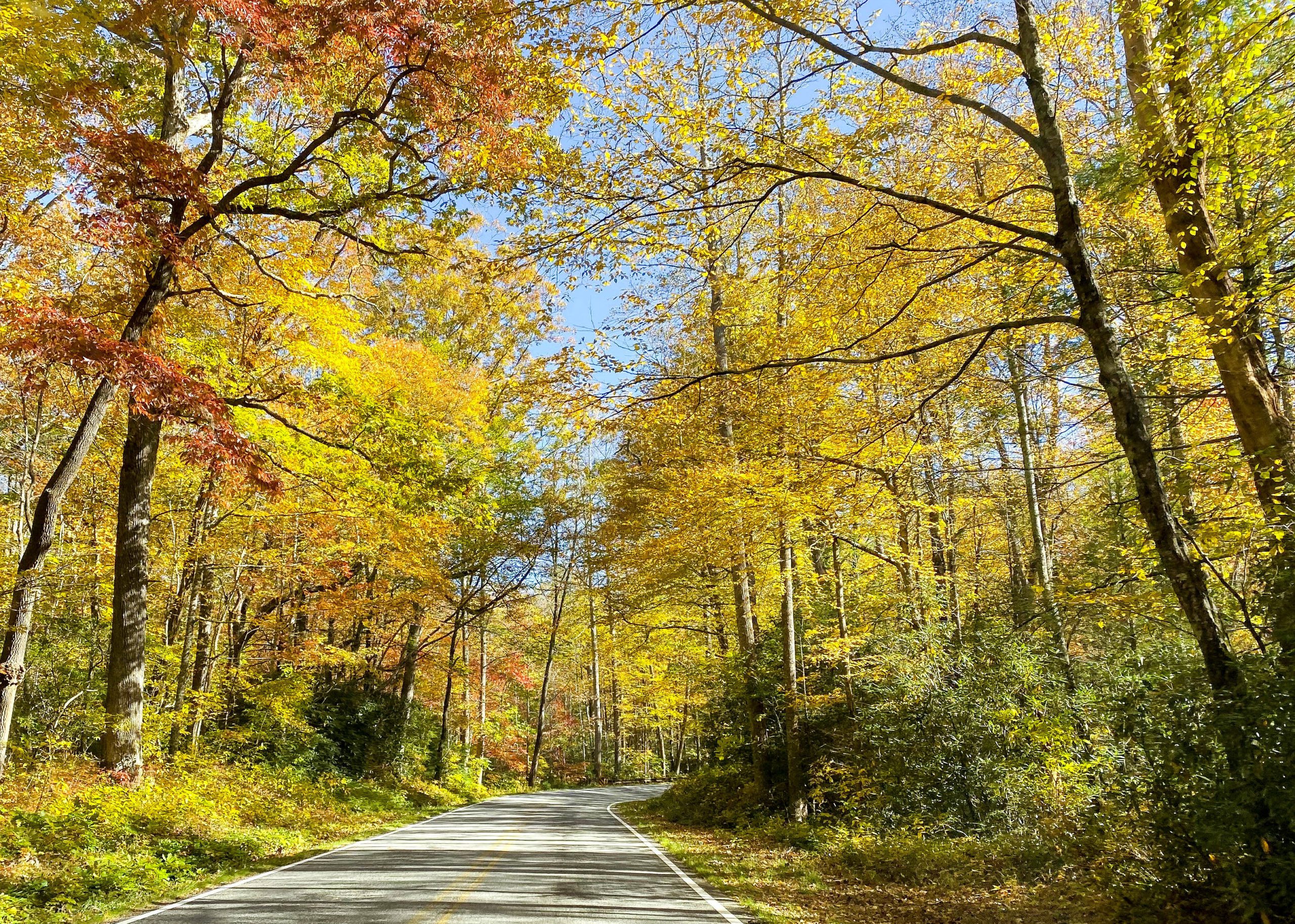 Blessings in a Pandemic: A Reader Shares Her Silver Linings

The best part of our job at Travelers Rest Here has always been meeting our readers. Without you, there’s no need for any word we publish or any store we 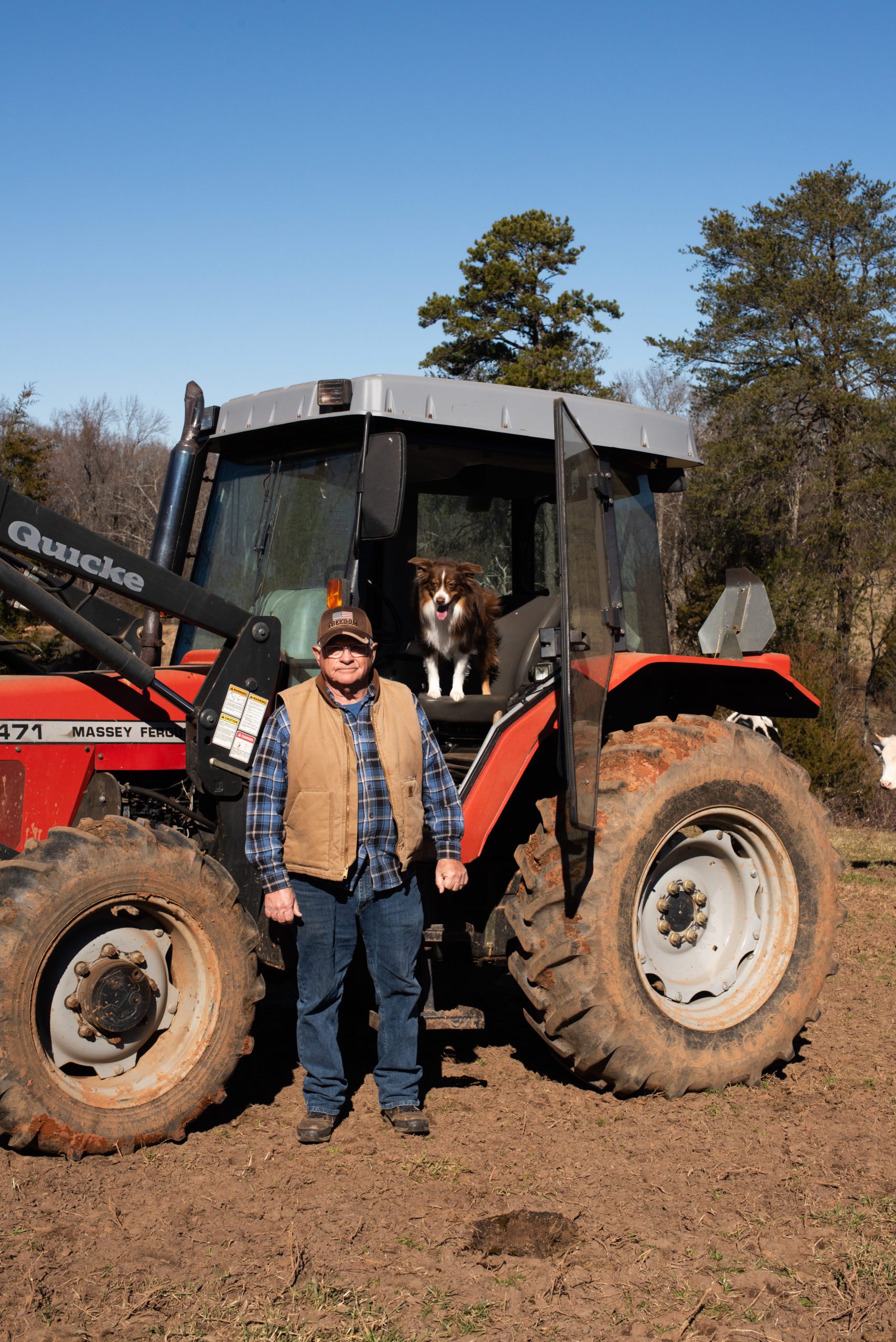 Crisp air and warm sunshine were a perfect Saturday combination when Jane Howard and I headed out to the field to meet Tommy Satterfield of Satterfield Farms. For more than 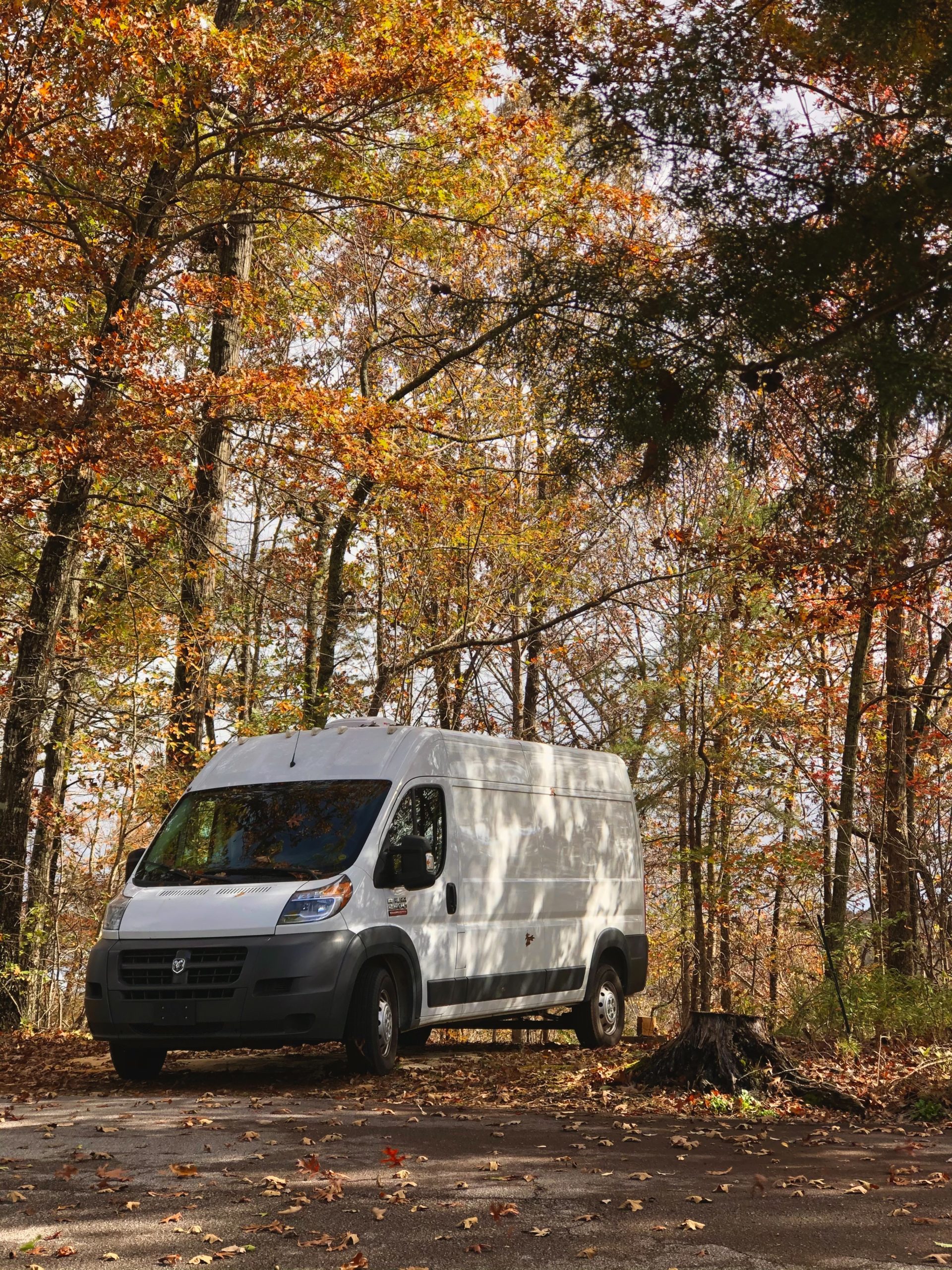 For more than four years now we’ve had the pleasure of telling stories about the people and the places of Travelers Rest. Although we genuinely love sharing the news and