Camp Wing, Travelers Rest and a 100 Years Since the Boys Were Sent Over There

In the spring of 1918, if you had been able to travel along Main Street, Travelers Rest was experiencing a frenetic pace of horse wagons and military marching. 100 years ago, the whole region around Paris Mountain was experiencing some of the most tremendous activity the area had ever seen. Just a year before, almost overnight, a US Army training camp had sprung up, when war was declared on the Central Powers. Local businesses and construction crews quickly rushed to meet the need for an Army that did not yet exist in the form that it would later take. By early 1918, the Army had over 35,000 men training at a hard pace, through a very cold winter.

But now it was the spring of 1918, and all these men, and much of their material, were preparing to ship out to sea and join the fight on the Western Front and do their part to end World War I as quickly as possible. While the main training area, Camp Sevier, was on the east side of Paris Mountain, just north of Travelers Rest was Camp Wing. Here in Mr. Wing’s rock quarry, opened in 1908, combat engineers practiced and practiced again tactics such as railroad demolition and trench bombing. And when they were done, the soldiers practiced and practiced again the military art of building railroads and roads, over land they had just destroyed. 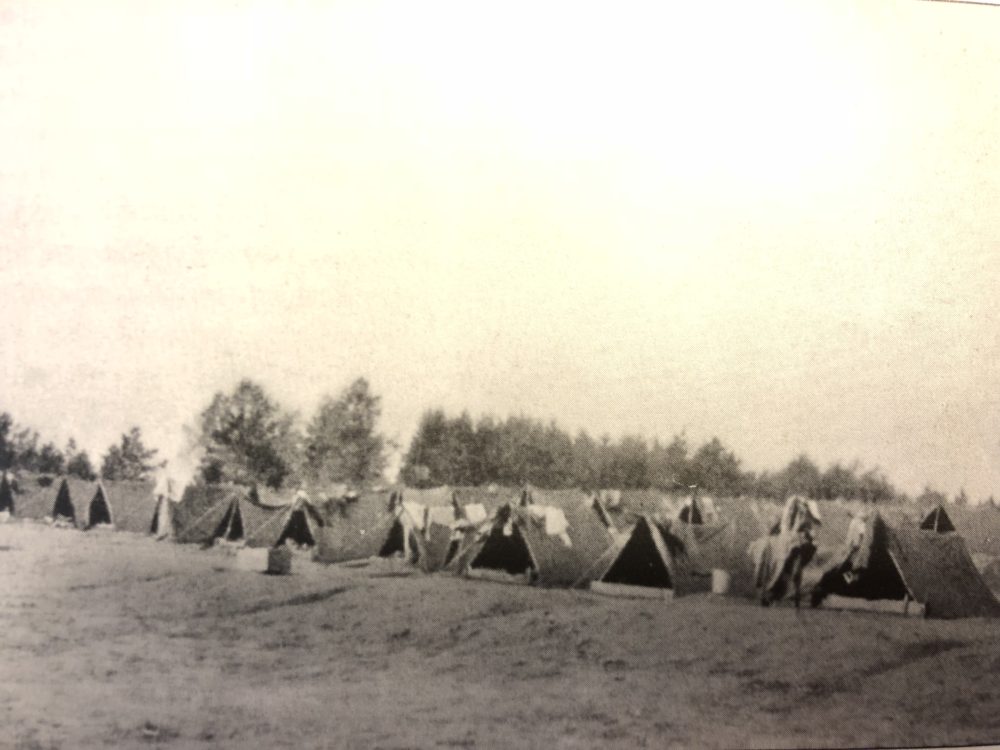 In late November 1917 the portion of railroad in Travelers Rest was closed due to disrepair. The Cleveland Mills Artillery Range was being finished and railroad was needed to transport up to 2,000 men and 500 horses on a rotating schedule. With it being necessary to train some soldiers in demolition and rebuilding the rails, Camp Wing was established and only housed one company at a time. The Camp itself was not large. Once the main track was restored the training was practiced on an unused spur.

Today, the Swamp Rabbit Trail ends just about three miles north of the center of Travelers Rest, near the Ingles grocery store and the Shiloh landfill. In 1918, this was a spur of the Swamp Rabbit rail line, and the soldiers would spend hours repairing and resurfacing the line, in preparation for doing much harder rail work in war torn France.

Each of the ten companies of the 105th Engineering Regiment, of the “Old Hickory Division”, spent time camping in ordered tents in Travelers Rest. Marching from Camp Sevier, through Travelers Rest, to practice their work at Camp Wing, the thousands of newly armed soldiers left quite an impression.

A Mrs. Duncan, who lived off of Hwy 276 near Travelers Rest is recorded as taking buttermilk and biscuits to the young men training and laboring. For many soldiers, it was perhaps their first test of Southern cooking, and a welcome treat from the monotony of camp food.

From the Regiment’s history:

For work on railroads, a camp site at TR for one company of engineers was secured from Mr. Wing and authorities to use a spur of the Greenville and Western Railway for practice on railroad construction and was granted by the receivers of the road.

So the local community benefited from their labor for some time. And if you run or bike on that section of the Swamp Rabbit Trail, try to imagine the thousands of Army soldiers a century ago on the same land, preparing for combat. By May 17, 1918, they had left for France. Local residents now knew that the world conflict had come to their door steps. They had been witnesses to a small part of a new army, one that would hopefully bring peace soon. 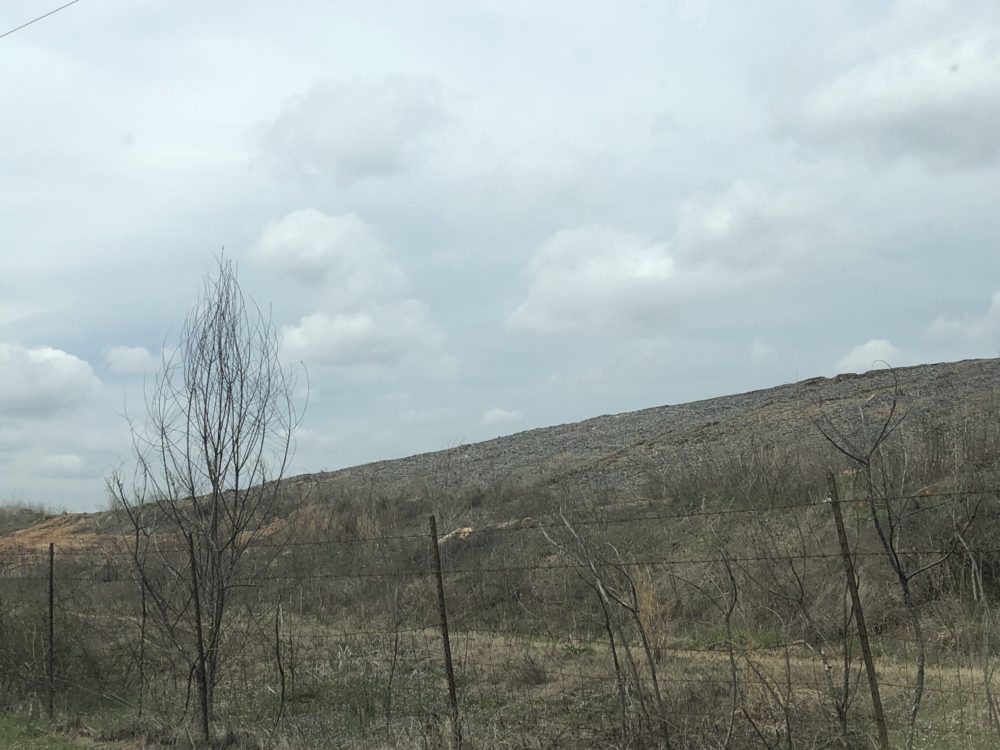 Where Camp Wing was is now a refuse landfill, where there had once been a quarry. And while not many local men trained at Camp Wing & Sevier, about 120 Travelers Rest men served in World War I. Sadly, five local men died in the conflict and did not come back to these green hills: 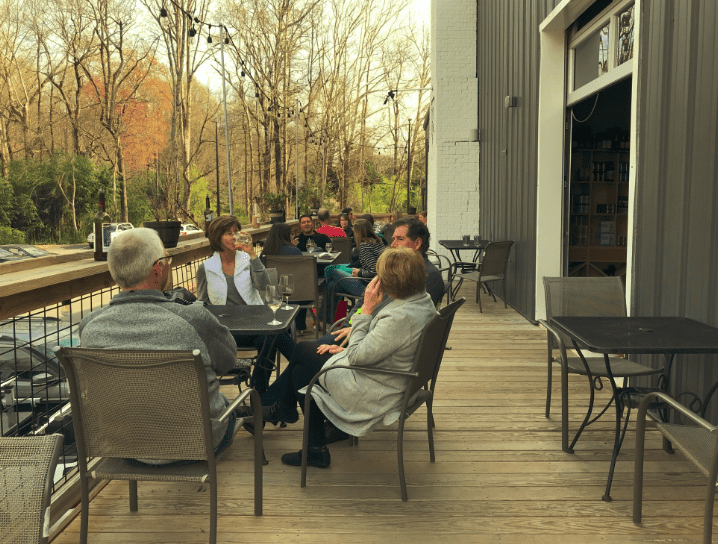 Styles of Wine: An Education with Alex Lopez

We first noticed Alex Lopez on IG through his entertaining and educational posts about wine. (You can see them and follow along at Drinks With Alex Lopez.)  We are fortunate 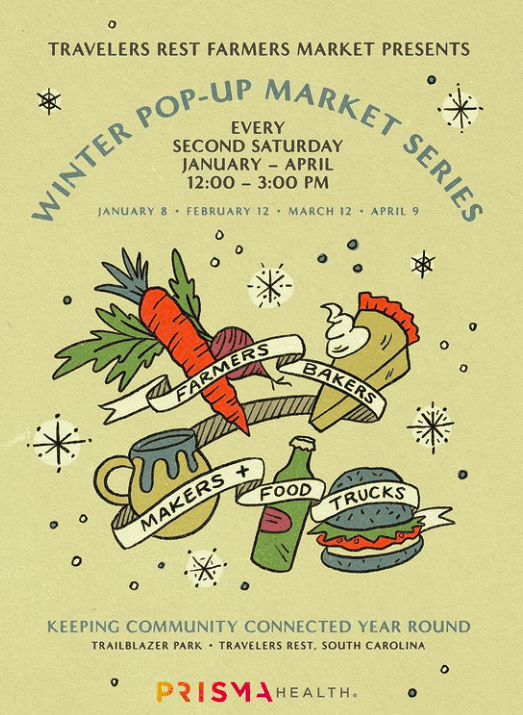 Winter at Trailblazer Park just got a whole lot cooler. This Saturday marks the first of a new series of Winter Pop Up Markets with the Travelers Rest Farmers Market. 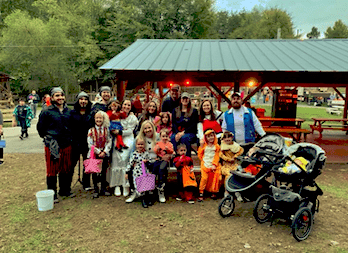 Photos provided by Travis Ervin   Commitment is a sentence, not a word. It’s a notion tacked near the center mass of our good and one with a memorized future.