The Café at Williams Hardware: Before We Say Goodbye

From their popular Reuben sandwich to their unique gift shop and their online videos, the McCarrell sisters have given us joy for ten years.

For me, it’s been a lot longer.

I have known Joyce and Nancy from the time I moved to Travelers Rest at the age of ten.  The café just brought our friendship back into focus and gave me the opportunity to visit there nearly every week with my mother and friends.  It gave me the chance to reconnect with the sisters and meet a whole lot of nice friends on staff there.  (The conversations and laughs were the best.) Oh, it also helped me renew my love of peanut butter pie and expand my salt and pepper shaker collection.  I may need an intervention with both of those.

At any rate, the sisters recently announced that the café will close at the end of the year. For many that announcement brought tears.  I mean, how could they? 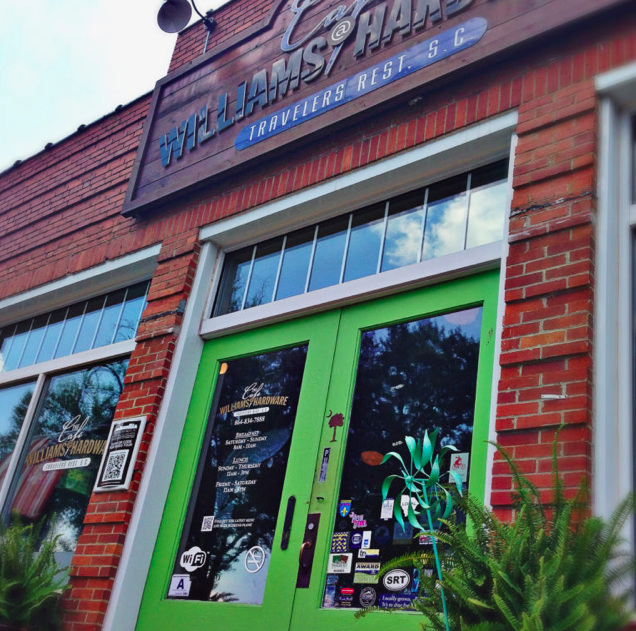 But we all get it.

Everybody needs time to enjoy themselves, so we’ll cut the girls some slack.

As for me, I’ll be back there as often as I can before the end of the year.  I’ll buy another set of salt and pepper shakers and have at least one more piece of peanut butter pie.  There’s nothing I can do about the friendly conversation, but I imagine we can sit down to lunch with them and talk when they’ll actually have more than a few minutes.  That’ll be pretty nice.

Enjoy the interview below and remember what the sisters always say – “If you can’t see Paris Mountain, you’re too far from home.” 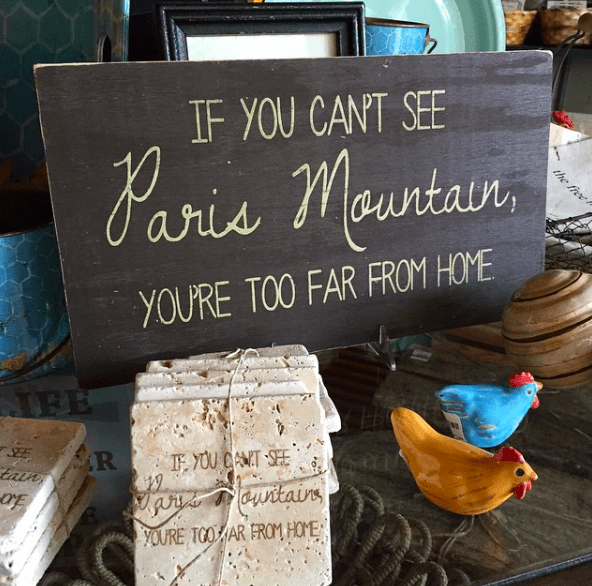 What made you decide to open the Café?

We decided to open the Cafe after we learned that Greenville County was actively working on building the Swamp Rabbit Trail from Greenville to Travelers Rest.  We knew that when the SRT came to its end in Travelers Rest there was no place that a bicycle rider could get a bottle of water or go to the restroom or just sit a spell and gather the energy to ride back to Greenville.

What year did it open?

Give me a favorite memory of your time there.

For me (Joyce) it’s hard to pick a favorite memory – there are so many.  There was the time Gov. Haley and her husband came for lunch on a busy fall Saturday. (This is one of Nancy’s favorites as well.) There was the time Prince Edward, the Earl of Wessex, came to the Cafe for a reception honoring him and the clan chiefs and lairds here for the Scottish games.  There was the time young Max Cook came and asked us if it would be okay to put a Little Free Library behind the Cafe.  I’m going with those as my top three. 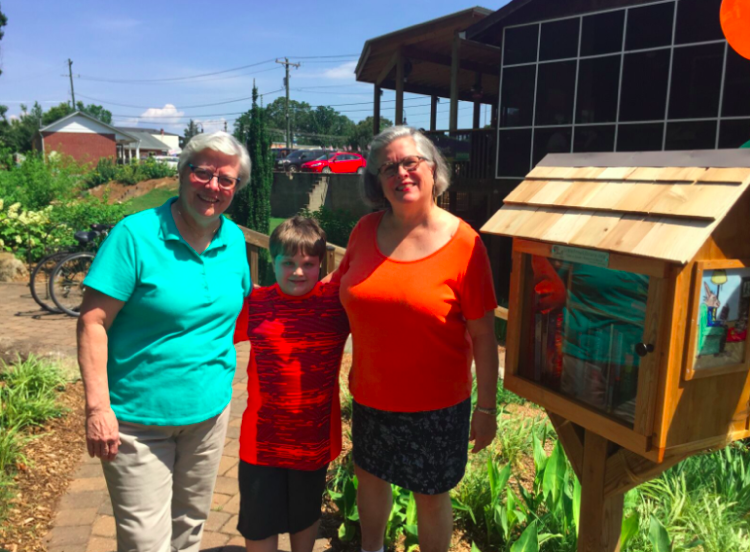 One of Nancy’s favorite things, not necessarily a memory, is watching all of our little “Cafe Babies” grow up!  We have followed quite a few children from their first visit to the Cafe, just a few weeks old, to practically teenagers now. Again, not really a memory, but another of Nancy’s favorite things is hearing from people who have appreciated our introducing them to different flavors and foods over the years.  We never served the same thing everyone else served.

This café has obviously had a great impact on TR.  What changes have you seen that you feel you’ve had some influence in over the years?

Well, it’s hard to think that we have had too much, or any, influence on the changes that have occurred in the past 10 years.  The SRT planning was already in place.  The Travelers Rest Master Plan had been developed and was in the very early stages of implementation.  Except, I feel like we set the bar, really, for what followed us. Anything that came after us had to at least be our equal in terms of what was being offered to the customer.

What comments have your customers had since your big announcement?

We have heard from so many people who have said “NO!” and “Please don’t go”.  We had a lovely note from a couple who expressed their appreciation to us for providing a warm and friendly place for them, their friends and family, and they recounted several standout visits with different friends along the way.  We have had many posts on our FB page which also express appreciation for the place of community that we tried to establish over the years. 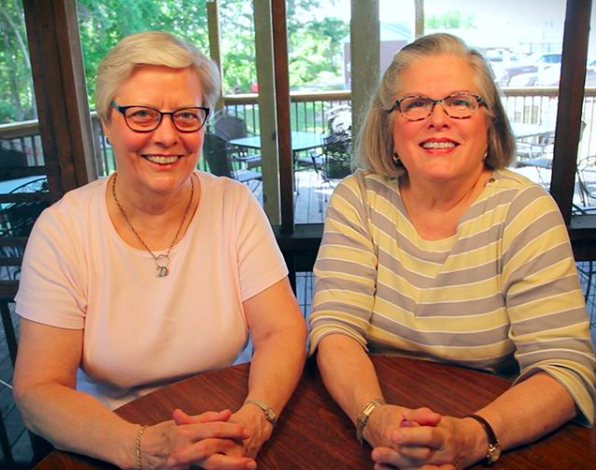 What’s next for the two of you?

We plan to do some traveling, around the state and country, and may even venture abroad.  We are looking at a Viking River Cruise! I (Joyce) am going to learn to play pickleball and there is a “to-do” list of chores around my house that has been neglected for the past ten years.  Nancy is going to get out on the SRT on her bike (I’ll do that, too) and reconnect with some friends she needs to catch up with.  After that, who knows — Sisters on the Loose!  We will still be able to see Paris Mountain!

What’s next for Williams Hardware?

Well, actually, The Cafe @ Williams Hardware will close and fade into a distant memory.  Since we own the building, we will lease it and there will soon be the next big thing to capture everyone’s imagination.