Miracle Hill – The Name Behind the Building

You gotta love it when you travel to a town for one story, but return home with a completely different tale.

People are quick to say, “Miracles happen every day.” But that’s exactly what happened one day when it rained just up the road from Travelers Rest.

We could witness miracles all around if we only slowed down long enough to notice them. I’m talking to myself here.

I’ve lived in the Upstate my entire life (all thirty plus years) and I never knew there was a Miracle Hill Children’s Home. Founded in 1958, Miracle Hill Children’s Home was built as a refuge for unwanted, troubled, neglected and abused children. Youth ages seven through twenty-one live in home environments with house mentors. In addition to food and shelter, children receive personal counseling, education, discipline and unconditional love within a Christian framework. Older residents receive training to help become productive citizens. 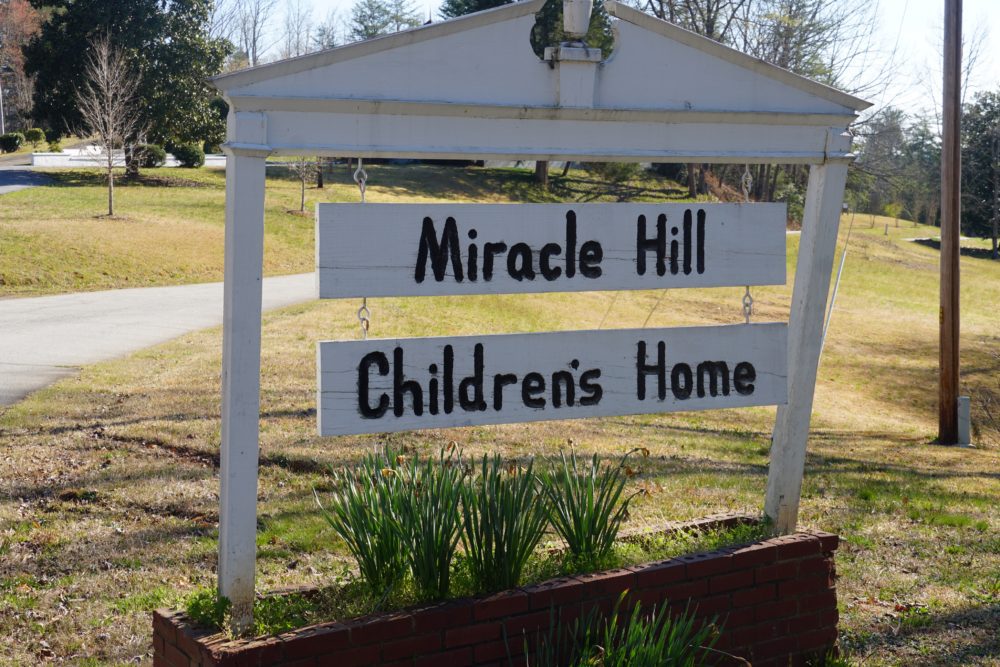 Located on 117 Drummond Lane in Pickens County, the complex has a pool, soccer field, huge picnic shelter and chapel. I could have driven around the property forever. It felt like driving across the set of The Sound of Music.

As impressed as I was with the grounds, how Miracle Hill got its name is the story I want to share with you here.

The Mission Farm (its original name) was built on a hill overlooking the mountains. The scenery was beautiful and the facilities were filled to the max. Everyone was praying for a new building. One day a race car driver, Mrs. Noah Smith, saw a group of boys playing outside as she drove past. She stopped and started a conversation with them. They explained the crowded conditions and shared their need for a new building. Mrs. Smith became interested in their plight.

Smith was chosen to be a contestant on the “Queen for a Day” show (Anybody old enough to remember that? Me neither.) in New York City. Her wish was for concrete blocks to build a new structure for the boys home. Mrs. Smith won and was able to provide the blocks needed for the building! Ballard Concrete Company donated beams for the roof and teams of volunteers came from as far away as Indiana and Virginia to build the new dormitory. 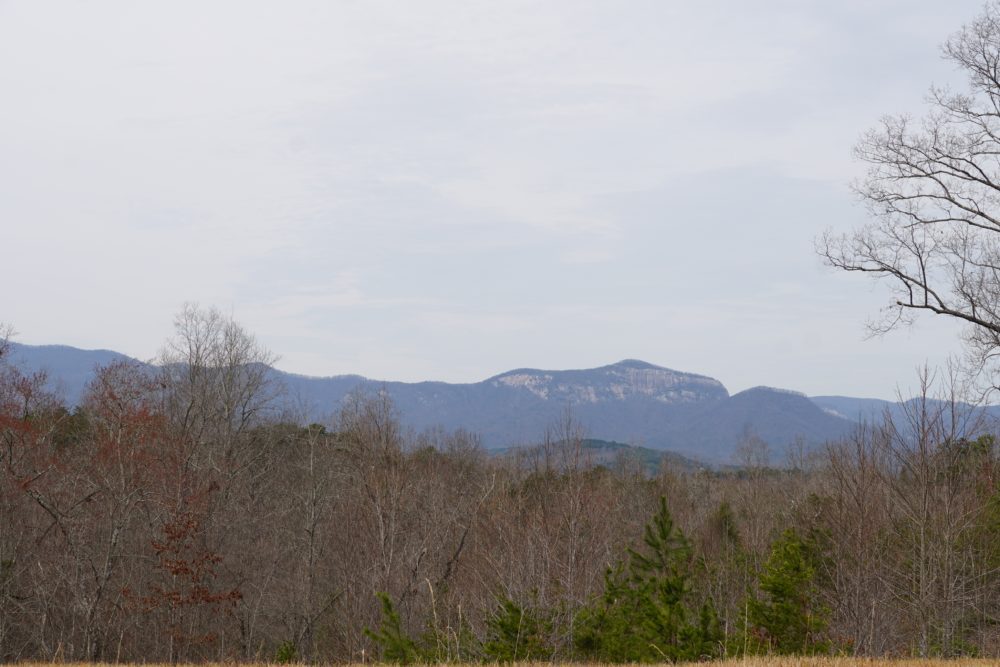 Things were looking up.

With only a few days left to complete the walls, the weather forecast began calling for buckets of rain. Sounds familiar, doesn’t it?

Everyone gathered to pray that the storm would not hinder construction. As predicted, the rain came in hard, however, not a drop fell on the hill. Yes, you read that correctly. The rain touched every blade of grass around the hill but the site remained bone dry. Staff and students gathered to see the dry ground. 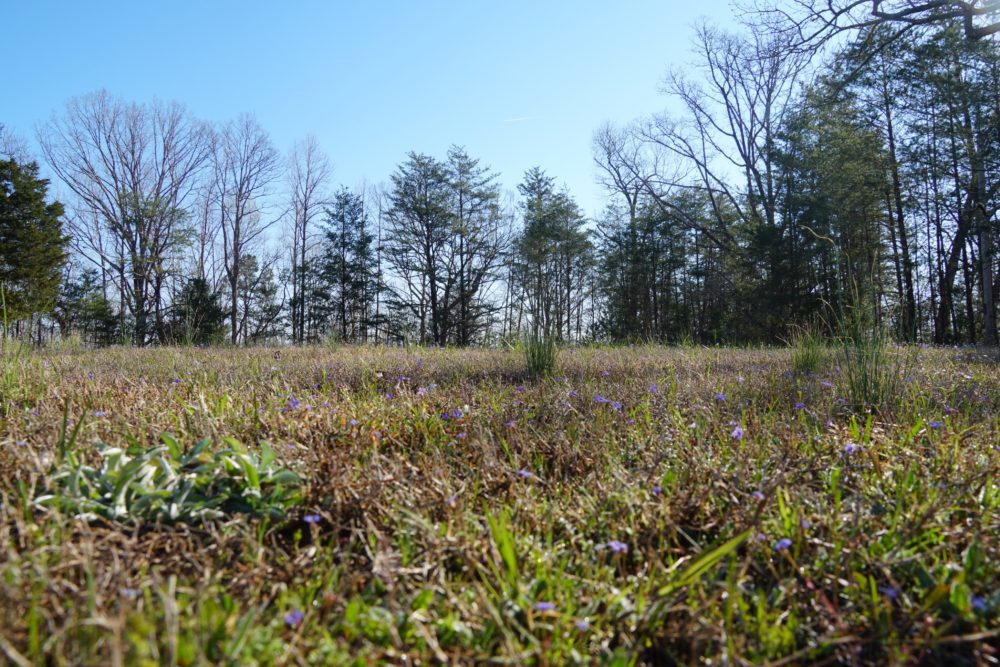 I don’t need to tell you what happened next. Construction continued and the building was completed.

Miracle Hall, as the building was called, was used from 1959 to 2008. The sign on the hill reads “Here, memories were formed, decisions made, friendships cemented, and education offered. It stood as mute evidence of God’s faithful provision. We grieved when it was demolished in 2008, but we look forward to it being replaced by another silent reminder of God’s grace.”

A reminder to slow down, look around and don’t miss the miracles. 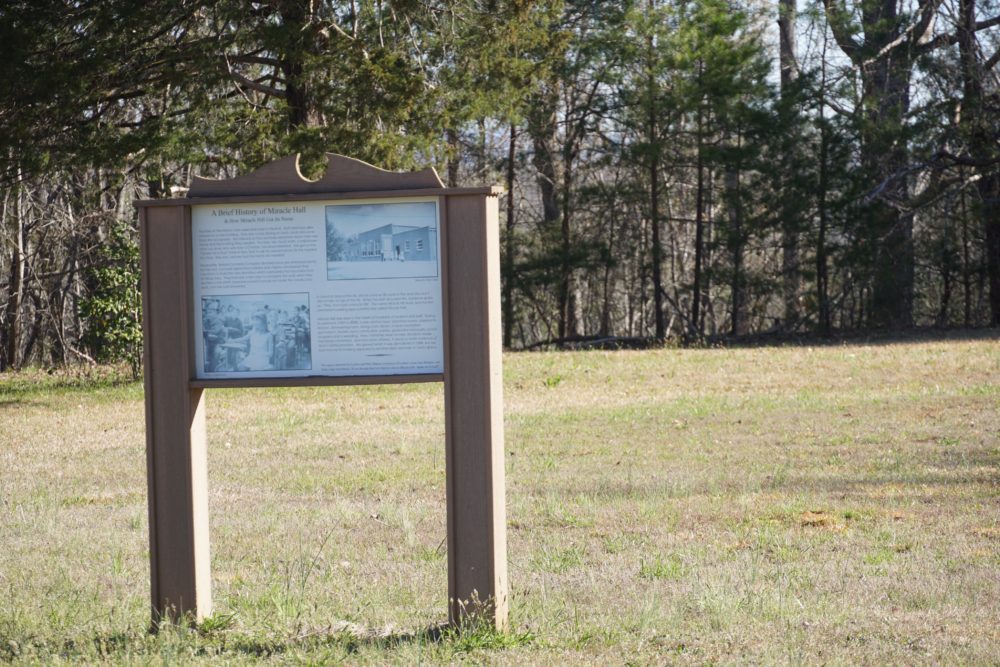