STAGES takes the stage at Furman

Some words just seem to go together.

And then other words seem unrelated. Or at least like an unlikely pair.

It’s not a common pairing, but on the Furman stage for the next two weeks a unique and moving performance is scheduled. 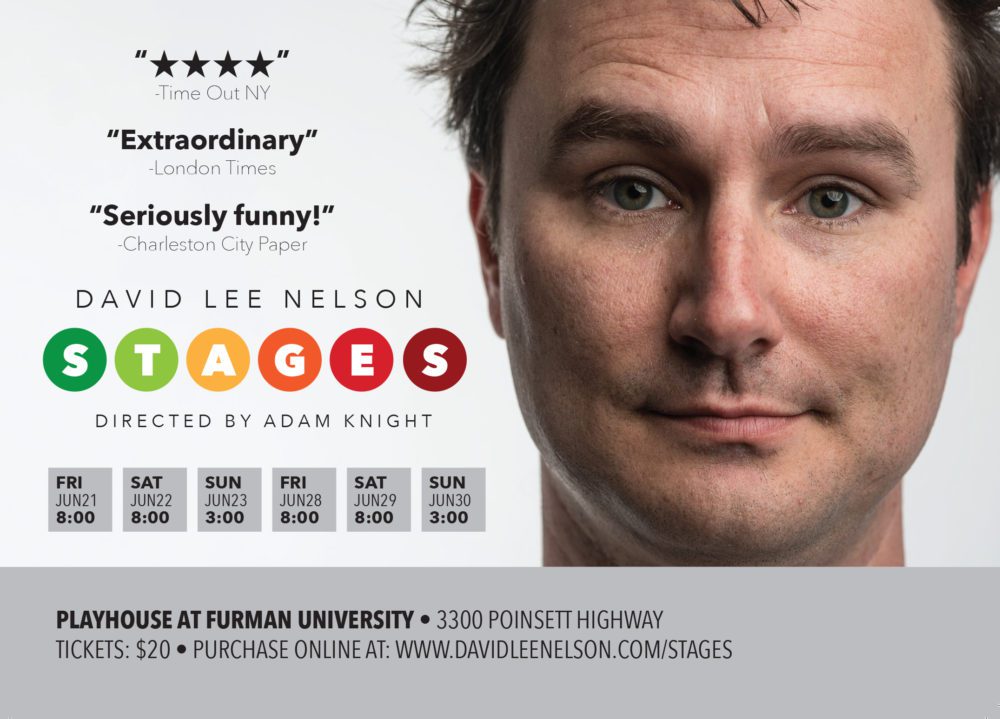 David Lee Nelson will be performing a solo play called Stages about his personal experiences with colon cancer.

Nelson grew up in Greenville and moved back to the area a few years ago.

After graduating from The College of Charleston and then earning his Master’s in Acting from the Alabama Shakespeare Festival, Nelson spent a decade living in New York City and working as a stand up comedian.  Gathering material from the experiences of his life became a tool of the trade. Currently, Nelson teaches Acting at Furman.

After his cancer diagnosis, Nelson shares that writing about that experience just made sense to him. “It’s all there,” he says, “Protagonist (me). Antagonist (cancer). The stakes are life and death.”  During his treatments he would write every day about what he was enduring and experiencing. “I ended up with almost 400 pages,” he says. After his treatment was completed, Nelson and his director went to his family’s farm and read through all of his writings. Nelson said that was a three day read through.  “After that we had a pretty good idea of what story we wanted to tell,” he says. “We whittled those 400 pages down to 40 and those 40 pages became Stages.”

After the two week tour here at Furman, Nelson will take his show on a national tour this fall. He’s been performing the solo play in Arkansas and Montana this summer, prior to returning to Furman for this run.

Nelson knows the play is personal and that the subject matter is heavy. But that doesn’t mean it isn’t also hopeful and encouraging as well.  In fact, Nelson says the play isn’t about cancer.  “This show is about life in the face of cancer. That’s why it’s so funny. That’s why it’s so uplifting,” Nelson says. “It’s about being present and in the moment because none of us have any idea what is coming next.”

It’s a message that none of us can hear too often. “It’s a helpful reminder of how I should be living my life,” Nelson says. “A reminder I need on a daily basis.” 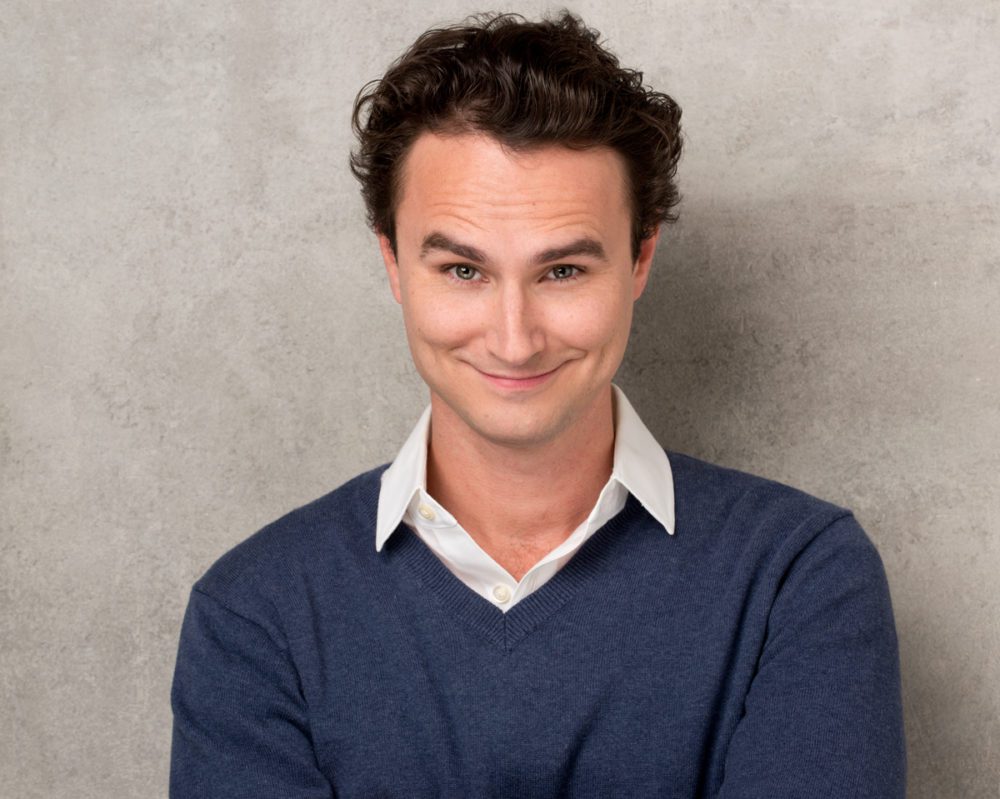 When I asked Nelson what gives him hope – his response was, “Everything gives me hope!”

Of course, he also mentioned his love of baseball and the Cubs. And his family and his girlfriend and a new nephew too.

“It’s impossible for me not to spend part of my day thinking abut cancer. It’s natural,” Nelson shares. “But if I can start my day with gratitude and excitement for the people I get to see and the things I get to do, that’s going to be the driving force of my day, so that’s what I try to do.”

You can purchase tickets here.

You can follow David Nelson on his blog here.