A New Novel by Tim Davis: Brought Back to Life After a Conversation Over Coffee

Those who visit coffee shops in the town of Travelers Rest may well be familiar with the name Tim Davis. If that’s the case, you’ve likely waltzed passed his portable office a time or two. I would list a couple of his favorite spots, but I don’t want to reveal his hideaways! 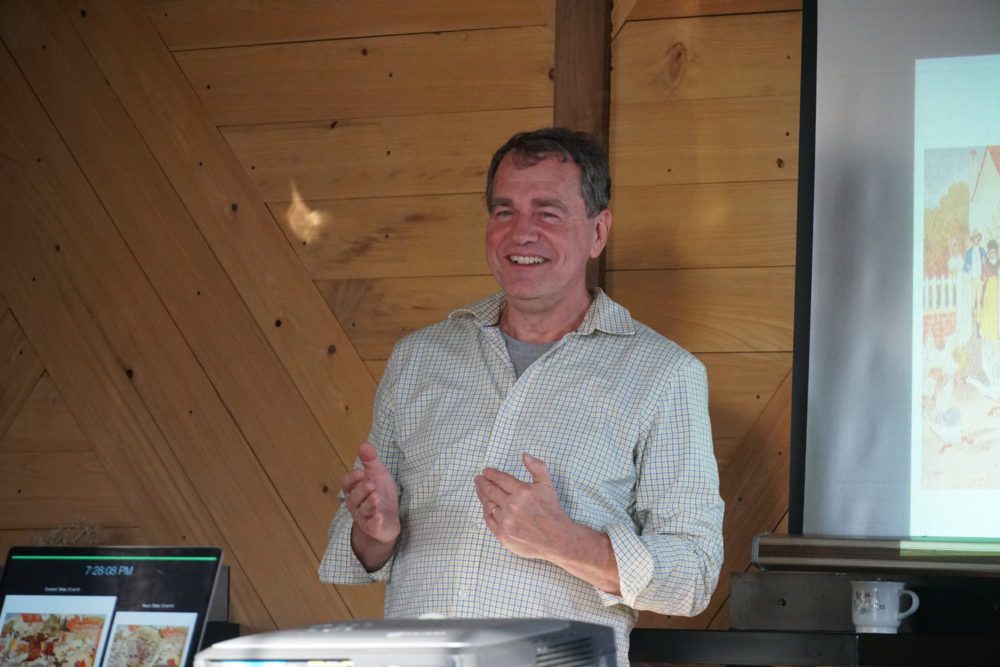 Davis has been illustrating and writing for over 30 years. You’ve seen the Hidden Picture pages in Highlights magazine? Many are Tim’s creations. In fact, he’s had more Highlights Hidden Pictures than any other artist in Highlights history. Maybe you’ve read one of his eight chapter books for children? Perhaps you’ve read about him here on our website before?

Tim’s latest book, The Island Rule, continues his familiar style of teaching while entertaining readers. Kids (and adults) of all ages will enjoy following a young turtle, Zani, as she navigates a new world in this island adventure. If you’ve got a minute (or ten), I’d love to share a little behind the scenes with you. 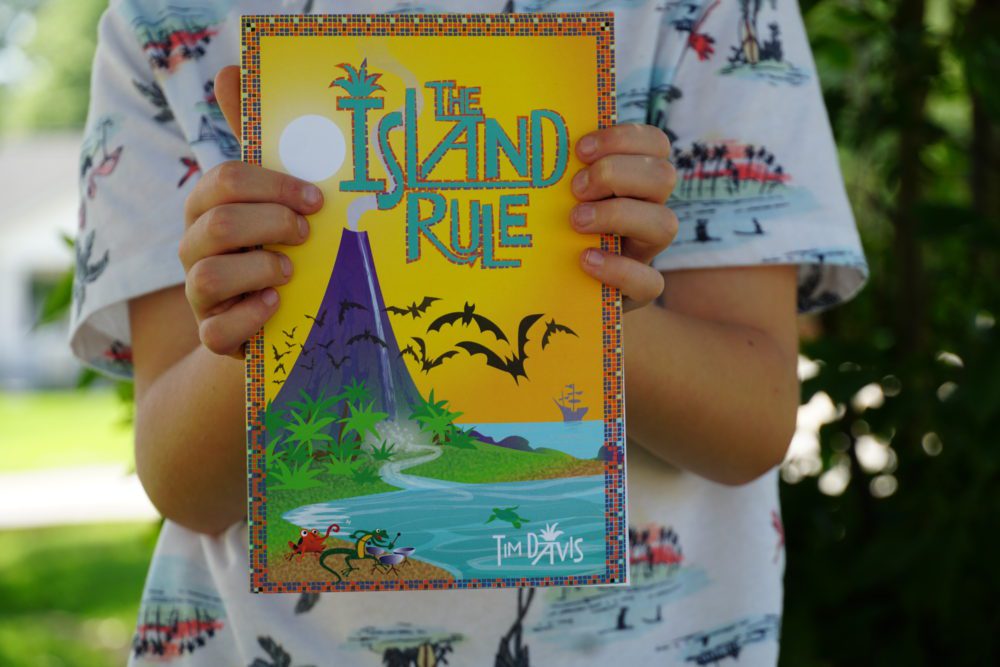 When was the last time you fumbled around in your attic and stumbled across a forgotten treasure?

During his early writing career, Davis wrote a five-book series for children that followed the adventures of two seafaring British mice, Charles and Oliver. The Mice series included an adventure in which the two main characters washed up on an island. The Island Rule was born. The first half of the book flowed well, but Tim recalls, in his own words, that the second half “fell flat”. Rejection followed and the unpublished manuscript developed a relationship with dust in his attic.

Fifteen years and one friendly barista later, Davis found himself revisiting the long-lost story. That barista, Ethan, was a huge fan of the Mice series and inquired about more books with those characters. After Tim confessed there actually was a manuscript, Ethan asked to read it and to offer his input. 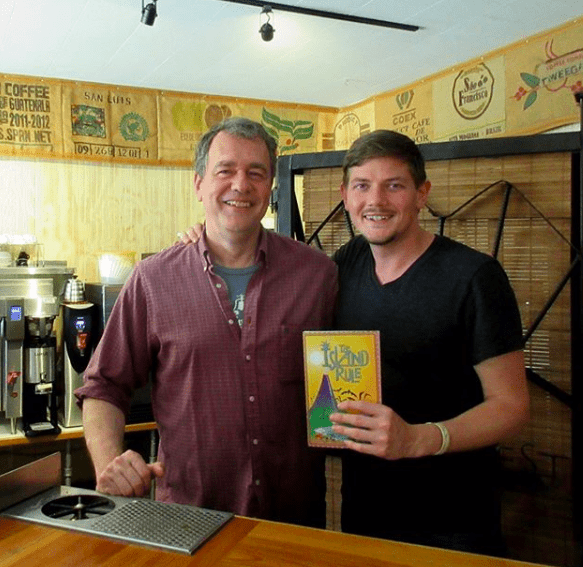 Whoa! Was The Island Rule about to be revived and revised? From the barista’s suggestions to his critique group and last (but certainly not least) to Rebecca, his wife and ultimate editor, the sequel was resuscitated.

The island itself developed into a character and the revisions defined and strengthened the book’s theme. The very last line of the book is a tribute to Davis’ mother. “After her passing, she spoke directly to me in a dream saying, ‘Go ahead and sing.'” Tim shares.

Tim’s love of the Travelers Rest community and his concern for its future is evident. Just as the characters in The Island Rule struggle with change and growth, the residents of Travelers Rest struggle with the same ideas. What needs to be kept and preserved for future generations is juxtaposed against what should change and improve. The overarching theme of the book is the constant effort to find a better way by working together for the greater good. 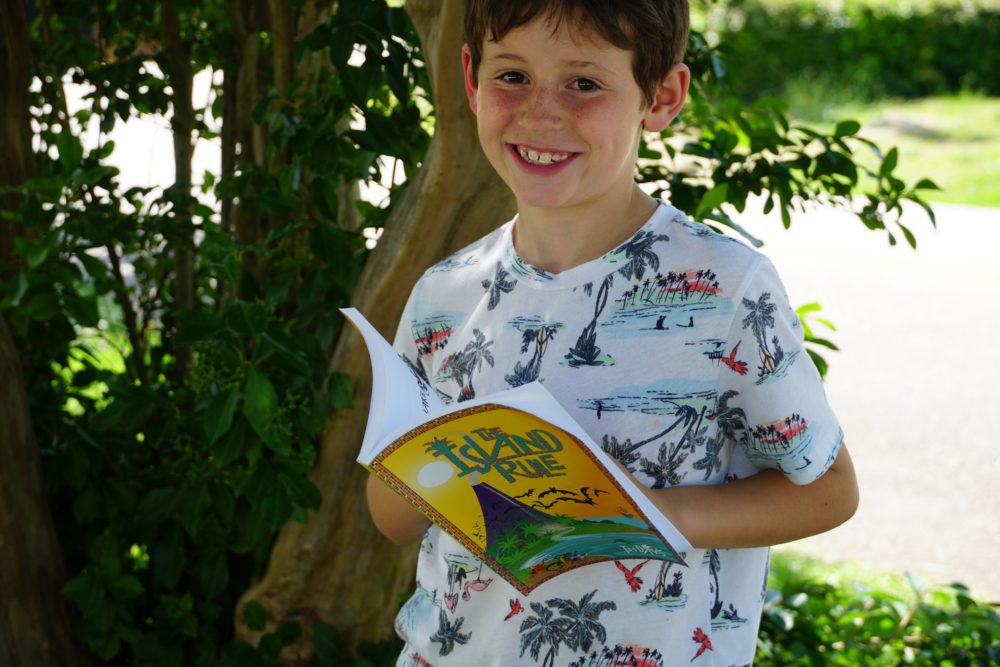 I was excited to buy my copy at TR Makers Co. I get excited any time I’m presented with a reason to enter that store!

Tim also co-teaches continuing education courses in conjunction with Greenville Technical College. He is currently in the middle of teaching a writers’ class right here in Travelers Rest at a local coffee house, TruBroth. I’m actually writing a portion of this post while sitting in one of his classes. Sorry, Tim. I really am paying attention, but you know how it goes! When inspiration hits…

Where you can find The Island Rule: