C.O.M.P.: If you know what this is, you are Southern enough

Santee, as it was simply referred to by my cousins and I, was a summer haven for more than just swimming, fishing, sunburns, and my grandmother’s cigarettes.

Santee is my earliest memory of food.  Food in the form of taste and celebration.

Geographically, Santee is a small town situated in south eastern South Carolina, in Orangeburg County.  To us, Santee was “the lake”.

The Upper Lake, referred to by some, is Lake Marion.  It is named after the American Revolutionary War General, Francis Marion.  Lake Marion seeps into the South Carolina counties of Berkeley, Calhoun, Clarendon, Orangeburg, and Sumter.  The smaller and warmer Lower Lake lies solely in Berkeley county.  Its formal name is Lake Moultrie, named aptly for Governor William Moultrie.  These two lakes are separated by a canal where the waters of Lake Marion trickle through the “locks” controlled by a dam and feed into the even warmer Lake Moultrie, supplying bounties of alligators, channel catfish, crappie, and multiple species of bass.

At this juncture in youth, the geography and facts were of no importance, I was just at Santee.

To say measure of any kind rated importance on the Keels’ side of my family would be wildly inaccurate.  It has long been assumed by some outsiders that Southerners are morons with seemingly room temperature IQs and penchants for indulgence.  That bland and tired stereotype applied to the sanctuary continues fading in time as we continue to experience an influx of traffic to the South.  There is also a cultural renaissance of sorts taking place before our eyes in the veins of food and style – everybody wants to touch the magic!  Decadence is as much a part of us as is the tone of accent and drawl.

When it came to food with the Keels, the idea of health and wellness was as foreign as the western shores of Japan.  I can still remember my aunt telling all of us kids “macaroni and cheese are vegetables too”.   There was no measure to the partying, excesses, anything … so for a family whose tradition and (their interpretation of) values which were anchored in the deep, and often time-skipped, ways of eastern and the low country of South Carolina, they are ironically liberal and taste-versed in food.

That approach to food will not be a shocking sentiment to some of the readers as you yourselves can see the sand gnats of July swarming around your paper plate as you dab the cold sweat of sunburn earned during the day from your face in between bites.  My daddy has long been famous for a saying he still uses to this day, “If you leave here hungry, boy, that’s your own fault.”

This couldn’t be more true.

The summer nights of Santee would find my Daddy and his brothers cooking.  From frying fish on the deck of Uncle Bill’s trailer, or to Daddy and Uncle Mike cooking ribs or steaks in the gray sand yard of their trailer, food centralized the Keels more than their own blood.  The unique positioning of the lots allowed for a hard traveled path through the centipede grass that lead from door to door.  My Uncle Bill had a modest, light blue double wide trailer complete with a covered garage to store his deep V-hull boat. Directly beside Bill’s trailer, separated by live oaks draped in the coveted and iconic Spanish Moss, was my Daddy’s trailer.  A single wide but longer, with a screened in porch and more shade.  It also housed the matron and the hammer of the Keels; Erin (pronounced “eee-ruhhhn”) “E” Keels.

E was a spectacle of Southern Woman.  She worked and tended a garden over an acre in size that most would shudder at. And she did this alone.  Played bridge and chaired a book club.  E wore pastel women’s suits throughout the spring to Sunday service at the now defunct Timmonsville Methodist Church in Timmonsville, South Carolina.  She drank scotch and water every night at 6:00 pm at the end of her bar top at home while she fixed her supper, watched the news and chain smoked Carlton menthol cigarettes.  Her garden provided the provisions that would keep the gnats buzzing plates a little longer at the outside card tables and in the yard.

The crown jewel side dish of any Keels summer meal was Comp.

Cucumbers, onions, tomatoes (maters – a word I refuse to use) and bell “peppers” are the main ingredients of this Keels coined side dish forming the acronym. 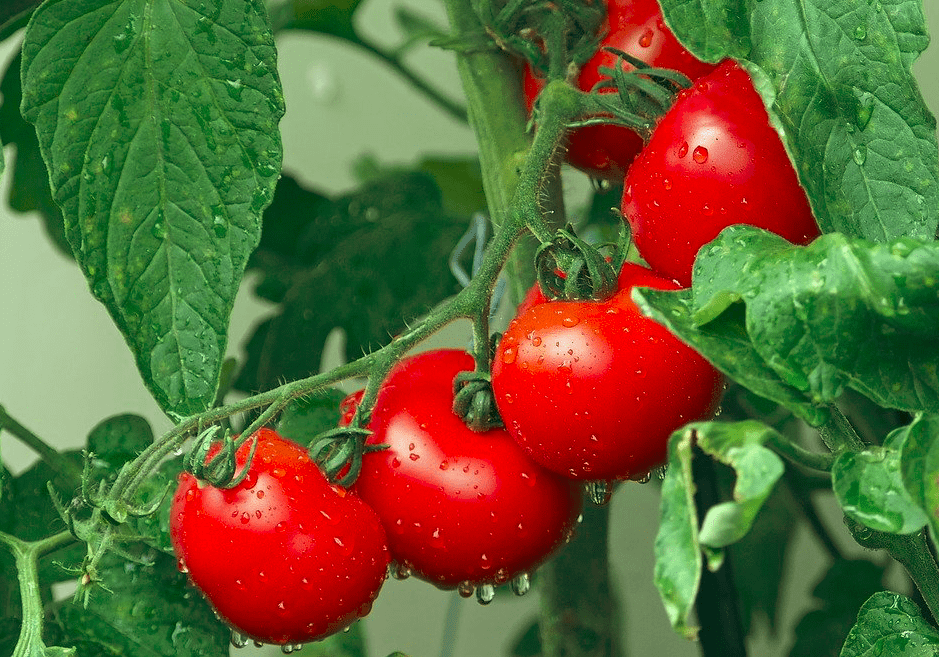 Tying these vegetables together is nothing more than salt, pepper, and perhaps one of the most well-recognized Southern ingredients of all time, Duke’s Mayonnaise. 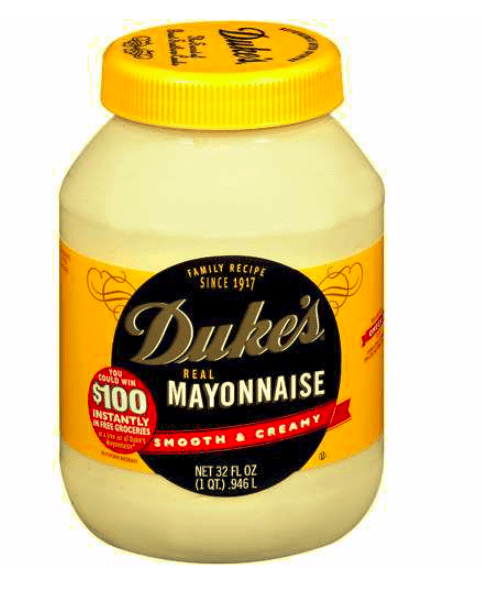 Preparation and mixing of Comp is quite simple.

The vegetables get a rough chop. “You always want your tomatoes to be chunked up pretty good,” Daddy would tell me years later as I was shown the process when my cooking interests developed.

Salt and pepper are liberally applied before adding the Duke’s.  “That salt will help that tomato come on out good,” Daddy likes to say.

Finally, 2 good tablespoons of Duke’s gets folded in to coat all that down.  With measure not being a concern, 2 tablespoons is the consistency I have found in my reformed approach to Comp.  So go wild with Duke’s if you so dare, most of the Keels do.

My aunts and E would typically start on Comp, or any of the other sides, around lunch time.  Often times when running up from the “beach” of the lake barefooted across sand spurs and round rock gravel, my cousins and I would see them laboring at turtle speed in style.  Sometimes, they’d set tables up in the yard to peel fresh shrimp and to chop the vegetables that would become Comp. Other times, they’d be set up on the screened in porch listening to General Johnson and the Chairmen of the Board drinking beer and wine coolers, “waiting on time”.

But Comp, when made the day of and expected for supper, was always made around lunch so it could “cool down” in the fridge.

The coolness and crispness of Comp adds a welcomed addition to any Southern suppertime meal.  In fact, it transcended itself as a stand alone side when Daddy and my uncles began using it as a topping on hamburgers.  “There ain’t another thing a burger needs besides that, son,” Daddy told me a few years ago at his house in Cartersville, South Carolina.

Comp is more than food; it’s a feeling, a talking point, and most importantly to me, it is a measure of pride.

It is a singular reminder to me that I am proud of my Southern heritage and tastes.

Proud of the fact that I learned good food is to be shared in excess, without measure. 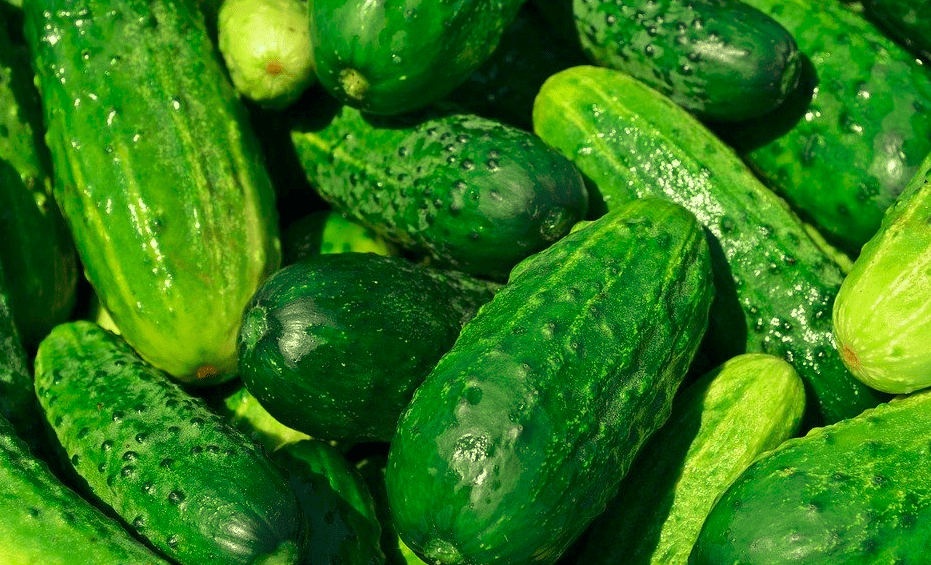 2 Cucumbers – peeled, cut in half long ways, then cut into half moons

1 Onion medium to large in size – slice in thin circles, then cut circles in half

3 Green Bell Peppers – cut in to strips, length of pepper, the cut in half

Salt and pepper to taste

*Combine vegetables in a large bowl, season with salt and pepper.  Fold in Duke’s or lightly stir as not to break up the tomatoes.  Cover bowl with Saran Wrap or lid, refrigerate for 2-3 hours.  Serve as a side or condiment on a sandwich, hamburger, or whatever you like.  Enjoy.

See Clint’s other post about raising tomatoes so you can grow your own for your next heaping serving of C.O.M.P.